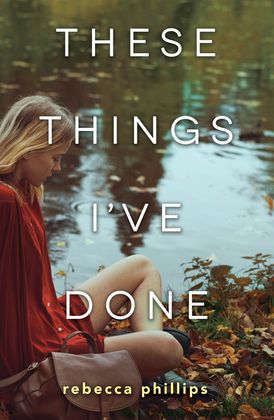 A haunting and beautiful YA novel that is perfect for fans of Courtney Summers and Jessi Kirby, These Things I've Done is the story of a seventeen-year-old girl who accidentally caused her best friend’s death and, a year later, is still grappling with the consequences.

“A beautiful, wrenching depiction of loss, the aftermath, and an unexpected ray of light in the darkness. These Things I've Done is equal parts heartfelt and heartbreaking, and absolutely unputdownable.” —Gina Ciocca, author of Last Year's Mistake

“These Things I’ve Done is a raw and beautiful story about recovering and moving on in the aftermath of a tragedy, about the moments when self-forgiveness and peace feel unattainable. Dara’s journey through this struggle is compelling and deeply affecting. Her story will stay with readers long after the last page.” —Charlotte Huang, author of For the Record and Going Geek

BEFORE: Dara and Aubrey have been inseparable since they became best friends in sixth grade. Dara is the fearless one, Aubrey the prodigy, yet despite their differences, they support each other unconditionally. However, as they begin their sophomore year of high school, cracks in their friendship begin to form, testing the bond they always thought was unbreakable.

AFTER: It's been fifteen months since the accident that killed Aubrey, and not a day goes by that Dara isn't racked with guilt over her role in her best friend's death. Now, after spending a year away from home in order to escape the constant reminders of what happened, Dara is back at her old high school to start her senior year. Dara thought the worst thing about coming home would be confronting the memories of Aubrey that relentlessly haunt her, but she soon realizes it isn't half as difficult as seeing Ethan, Aubrey's brother, every day. Not just because he's a walking reminder of what she did, but because the more her feelings for him change, the more she knows she's betraying her best friend one final time.

“A beautiful, wrenching depiction of loss, the aftermath, and an unexpected ray of light in the darkness. THESE THINGS I’VE DONE is equal parts heartfelt and heartbreaking, and absolutely unputdownable.” - Gina Ciocca, author of LAST YEAR'S MISTAKE

“THESE THINGS I’VE DONE is a beautiful, heartfelt story of friendship, guilt, love, and hope. Dara and Aubrey will stick with me for a long time.” - -Lauren Gibaldi, author of AUTOFOCUS 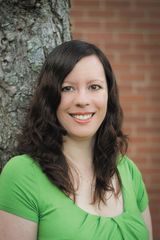 Rebecca Phillips lives in beautiful Nova Scotia, Canada, with her husband, two teenagers, and one spoiled-rotten cat. She’s the author of The Girl You Thought I Was, These Things I’ve Done, the Just You series, Out of Nowhere, Faking Perfect, and Any Other Girl. Visit Rebecca on her website, www.rebeccawritesya.com, and on Twitter @RebeccaWritesYA.

Other Works by Rebecca Phillips

The Girl You Thought I Was