Inside Making a Murderer and America's Broken System 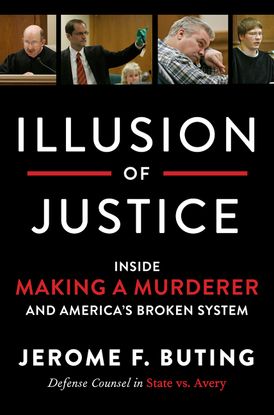 Inside Making a Murderer and America's Broken System

Interweaving his account of the Steven Avery trial at the heart of Making a Murderer with other high profile cases from his criminal defense career, attorney Jerome F. Buting explains the flaws in America’s criminal justice system and lays out a provocative, persuasive blue-print for reform.

Over his career, Jerome F. Buting has spent hundreds of hours in courtrooms representing defendants in criminal trials. When he agreed to join Dean Strang as co-counsel for the defense in Steven A. Avery vs. State of Wisconsin, he knew a tough fight lay ahead. But, as he reveals in Illusion of Justice, no-one could have predicted just how tough and twisted that fight would be—or that it would become the center of the documentary Making a Murderer, which made Steven Avery and Brendan Dassey household names and thrust Buting into the spotlight.

Buting’s powerful, riveting boots-on-the-ground narrative of Avery’s and Dassey’s cases becomes a springboard to examine the shaky integrity of law enforcement and justice in the United States, which Buting has witnessed firsthand for more than 35 years. From his early career as a public defender to his success overturning wrongful convictions working with the Innocence Project, his story provides a compelling expert view into the high-stakes arena of criminal defense law; the difficulties of forensic science; and a horrifying reality of biased interrogations, coerced or false confessions, faulty eyewitness testimony, official misconduct, and more.

Combining narrative reportage with critical commentary and personal reflection, Buting explores his professional and personal motivations, career-defining cases—including his shocking fifteen-year-long fight to clear the name of another man wrongly accused and convicted of murder—and what must happen if our broken system is to be saved. Taking a place beside Just Mercy and The New Jim Crow, Illusion of Justice is a tour-de-force from a relentless and eloquent advocate for justice who is determined to fulfill his professional responsibility and, in the face of overwhelming odds, make America’s judicial system work as it is designed to do.

“Buting commands attention with his account of Steven Avery’s trial.…. [He] uses his expertise to make a convincing case…. A compelling portrait of the mechanisms of building a murder defense. A fantastic look behind the scenes of the U.S. justice system.” - Kirkus Reviews 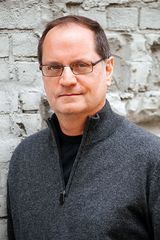 Jerome F. Buting is a shareholder in the Brookfield, Wisconsin, law firm of Buting, Williams & Stilling, S.C. He received his undergraduate degree in forensic studies from Indiana University and his law degree from the University of North Carolina at Chapel Hill. He was board director of the National Association of Criminal Defense Lawyers,  past president of the Wisconsin Association of Criminal Defense Lawyers, and chair of the Wisconsin State Bar Criminal Law Section. He lectures worldwide and is frequently sought for his legal expertise. He is also the recipient of the Fierce Advocate Award from the John Jay College of Criminal Justice, the James Joyce Award from University College Dublin, and the Trinity College Dublin Praeses Elit Award.

Other Works by Jerome F. Buting