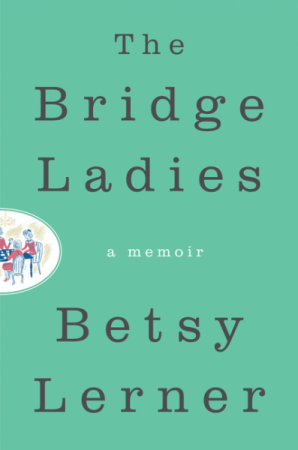 A Bridge club provides an unexpected connection across a generational divide between mother and daughter. Betsy Lerner tells a funny, intimate, and deeply affecting story that’s a little about Bridge and a lot about life.

After a lifetime of defining herself against her mother’s Don’t Ask, Don’t Tell generation, Lerner found herself back home in the suburban town that represented everything she wanted to flee: namely the traditional life her mother stood for. Yet, when Roz needed help after surgery, Betsy stepped in. She expected a week of tense civility; what she got were the Bridge Ladies. Impressed by their faithful visits, she saw something her own generation lacked: Facebook was great, but it wouldn’t deliver a pot roast.

Tentatively at first, Betsy became a regular at her mother’s Monday Bridge club, falling under the spell of the intimidating game. Unexpectedly, the Bridge Ladies became a catalyst for change as Betsy and Roz reconciled years of painful misunderstandings and harrowing silences. The Bridge table became the common ground they never had.

Darkly funny and deeply moving, The Bridge Ladies is the unforgettable story of a hard-won—but never-too-late—bond between mother and daughter.

“Lerner’s memoir makes a case for spending time together under the rules of neutrality imposed by a game, and approach to living that refrains from over-sharing and outward complaining to concentrate on the task at hand. The bridge ladies are there for one another, even as they keep their feelings to themselves and play on.” - New York Times Book Review

“In her absorbing memoir, Lerner probes marriage, career, motherhood, depression, aging, death, religion and sex, discovering that, although the Bridge Ladies’ generation differs from hers, they share common values of love and kinship. This beautifully written, bittersweet story of ladies of a certain age and era will have wide appeal.” - Publishers Weekly (starred review)

“The Bridge Ladies is an uplifting account of a baby boomer’s attempt to understand her mother’s generation. Lerner never lets herself off the hook, either, and the result is candid, fresh and enlightening.” - Providence Journal

“Through the alchemy of a grand game, Betsy Lerner has woven a universal coming-of-age story for both mother and daughter. A poignant, humorous and often painful struggle through the pageantry of playing cards; a woman’s face on every one.” - Patti Smith, author of Just Kids and M Train

“Betsy Lerner’s ladies are our ladies, our mothers, grandmothers, and aunts. Lerner takes us back to their tables, capturing a group of wonderful American women—growing older now and braving new battles—with sweetness, humor and sharp perceptiveness. This is a book with heart and feeling.” - George Hodgman, author of Bettyville

“Lerner takes us on a journey of understanding: the card game, the women who play it, their lives and relationships. In Lerner’s beautifully observed account, Bridge becomes both a literal and figurative pathway to repairing an even more precious bond: her own relationship to her mother.” - Deborah Tannen, author of You Just Don’t Understand and You're Wearing THAT?

“This is the best book about mothers and daughters I’ve read in decades, maybe ever. It’s about mother-daughter conflict, the desire to love and be loved, aging and loss, discovery and renewal. Betsy Lerner is a beautiful, achingly honest writer, and The Bridge Ladies is at once heartbreaking and hilarious.” - Amy Chua, Yale Law Professor and author of Battle Hymn of the Tiger Mother and The Triple Package: How Three Unlikely Traits Explain the Rise and Fall of Cultural Groups in America

“The Bridge Ladies reminded me of Tuesdays with Morrie, except it takes place on Mondays and has five Morries. Exquisitely written, in this book are portraits of five women whose like we won’t see again. I devoured it in one greedy sitting, and started re-reading as soon as I finished.” - Will Schwalbe, author of the New York Times bestseller The End of Your Life Book Club 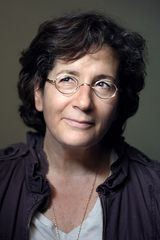 Betsy Lerner is the author of The Forest for the Trees and Food and Loathing. She is a recipient of the Thomas Wolfe Poetry Prize, an Academy of American Poets Poetry Prize, and the Tony Godwin Prize for Editors, and was selected as one of PEN’s Emerging Writers. Lerner is a partner with the literary agency Dunow, Carlson & Lerner and resides in New Haven, Connecticut.

Other Works by Betsy Lerner