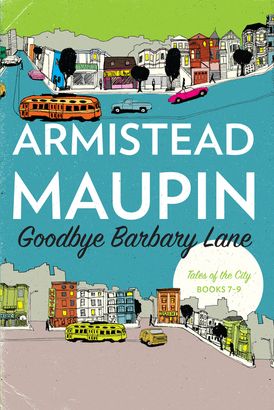 By turns hilarious and heartbreaking, Armistead Maupin's bestselling Tales of the City novels—the final three of which are collected in this third omnibus volume—stand as an incomparable blend of great storytelling and incisive social commentary on American culture from the seventies through the first two decades of the new millennium.

“These final days of his San Francisco friends and lovers, gay and straight, are seriously moving…. Maupin deftly illustrates how far America and the pioneering Anna have come, and nearly forty years into the series, his writing remains wildly addictive but is deeper and richer.”—People

The last three novels of Armistead Maupin’s bestselling, critically-acclaimed Tales of the City are now available for the first time as an omnibus edition. The epic series, published between 1978 and 2014, spans the decade before the AIDS crisis through the era of marriage equality following an unforgettable set of characters, whose diverse sexual identities helped set the social stage for the ongoing sexual revolution.

Goodbye Barbary Lane—comprised of Michael Tolliver Lives (2007), Mary Ann in Autumn (2010), and The Days of Anna Madrigal (2014)—brings closure to the lives and legacies of the characters through which generations have found connection to America’s larger cultural struggles over the past four decades.

Joining two companion omnibus volumes, 28 Barbary Lane and Back to Barbary Lane, Goodbye Barbary Lane presents all of “Mr. Maupin’s adeptness at fluid dialogue, his flair for shaping characters who thread the needle between pop archetypes and singular human beings, and his great gift for intricate if occasionally preposterous plotting”(New York Times).

“A cultural touchstone that has enlarged our understanding of the varieties of human behavior…. Seen at last in its entirety, ‘Tales of the City’ remains an immensely readable accomplishment that wears its significance lightly…. Entertains, illuminates and — as always — leaves us wanting more.” - Washington Post

“What makes Tales of the City so resonant is Maupin’s ability to draw broad, human lessons from the particularity of his characters’ lives. This is why it has struck such a chord for close to forty years…. An elegy — for San Francisco, for its characters, for a way of life.” - Los Angeles Times

“Whatever age we are when we read these books, we’re all getting older, so it’s hard — maybe impossible — not to insert ourselves into their fictional world. AIDS, cancer, and old age have done their worst, but these characters will survive forever.... Who could ask for anything more?” - Slate

“These final days of his San Francisco friends and lovers, gay and straight, are seriously moving…. Maupin deftly illustrates how far America and the pioneering Anna have come, and nearly forty years into the series, his writing remains wildly addictive but is deeper and richer.” - People

Back to Barbary Lane

Further Tales of the City