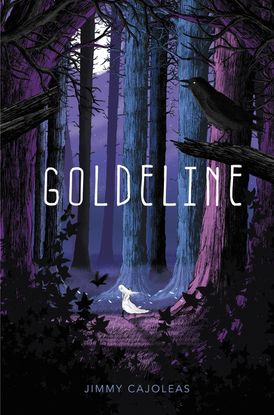 Perfect for fans of The Girl Who Drank the Moon and The Thickety, this spellbinding story follows a young girl named Goldeline on an adventure through a fairy tale forest filled with dark and wondrous magic.

In the wild, free woods of the Hinterlands, where magic is as real as stories are, Goldeline travels from camp to camp with Gruff and his bandits, getting by on the things they steal from carriages that pass through the woods.

But someone is after Goldeline. The same man who wants to cleanse the Hinterlands of anyone who’s different—and who convinced the overzealous Townies that her mother was a witch—suspects that Goldeline might be a witch, too.

Now Goldeline must summon all the courage and magic she got from her momma to escape her pursuers, save her friends, and maybe even find a place to call home.

★ “First-time novelist Cajoleas writes with the ease of a seasoned author, conjuring an atmospheric setting that hums with menace and a compelling, unpolished protagonist.Goldeline’s heart-pounding race through the woods reveals a complex, magical world that will give readers much to contemplate.” - Booklist (starred review)

“Intriguing and eerie. A suspenseful tale of self-discovery.” - Publishers Weekly

Fans of Baptiste’s The Jumbies or Ursu’s Breadcrumbs will find Goldeline’s journey similarly thought provoking. - Bulletin of the Center for Children’s Books 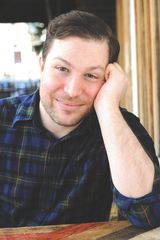 Jimmy Cajoleas grew up in Jackson, Mississippi. He earned his MFA from the University of Mississippi and now lives in Brooklyn. Goldeline is his first novel, followed by The Rambling. Visit him online at www.jimmycajoleas.com.

Other Works by Jimmy Cajoleas