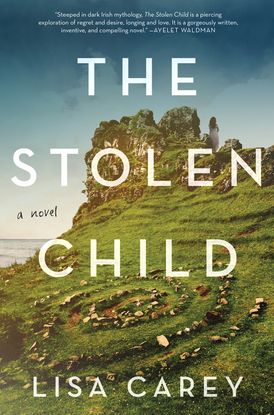 “Vividly and soulfully described, love and curses, roiling in a supernatural stew, bring about the large and small calamities that will render St. Brigid’s uninhabitable. Magical realism of the best kind, utterly devoid of whimsy. ” — Kirkus Reviews (starred review)

“Steeped in the otherworldly...Carey has written a mesmerizing tale about motherhood, superstition, betrayal, and the porous boundary between the real and the magical.” — Booklist

“Returning to the magic found in Carey’s The Mermaids Singing, her newest release will enchant readers. Reminiscent of works by Susanna Kearsley and Lauren Willig, this is a good choice for those who are interested in Irish lore and the feminine mystique.” — Library Journal

“Haunting...It’s a brave author who names their book after a Yeats poem. But Carey’s understated tale of complex women living complex lives is steeped in the strange, chilly tone of the 19th century verse.” — SFX

“Fans of Gothic intrigue have a treat in store. THE STOLEN CHILD by Lisa Carey has all the right ingredients for a good yarn: a windswept island, a jealous twin and a woman in search of a miracle.” — Good Housekeeping, UK

“There is magic realism of a fine order in this book, and it works. The sheep tracks over the wild hillsides, the crumbling cottages, the fierce elements, the austere grandeur: all are beautifully caught. Carey has a great ear for the Irish vernacular, the music of the speech; and the domestic scenes and exchanges are excellent.” — The Guardian

“[Carey’s] distinctive voice shines throughout The Stolen Child, which casts a spell upon the reader in its opening prologue and does not let go until the final devastating moments.” — Irish Times

“Carey employs a generous dose of magic realism to leave you guessing, crafting a dark, devastating fairy tale that will keep you up into the wee hours. The Stolen Child is beautifully written, well-paced, and at times heartbreakingly bleak […] you get an intoxicating sense of the island as you read. […] An enchanting, razor-edged expoloration of desire, belonging,motherhood, and the bonds between family.” — Irish Independent

“Carey paints an ethereally vivid picture of a legend drenched in fear, betrayal, love, and desire—proof of her lyrical genius. Carey’s bewitching novel—which is as beautiful as it is savage and as dark and mystical as it is surprising—[I’d] read again in a heartbeat.” — Stylist (UK)

“The all-nighter read…THE STOLEN CHILD does what few tales dare to—get inside your head and refuse to leave...This is a captivating, eerily beautiful tome; full of mistrust, dark magic, and superstition.” — Image Magazine

“With some artful weaving of fact and fiction, history and legend, harsh reality and Celtic myth, Carey has created an elegant and deeply evocative work of fiction. Although the story is drenched in sea spray and heavy with the perfume of island heather, this is no idyllic ramble. THE STOLEN CHLD…is beautifully written and has all the page-turning ingredients of a psychological thriller, along with a large dollop of distinctly Irish-flavoured magical realism.” — Sunday Independent

“A powerful, bewitching gothic tale of betrayal, superstition, and desire.” — The Lady Magazine

“Steeped in dark Irish mythology, THE STOLEN CHILD is a piercing exploration of regret and desire, longing and love. It is a gorgeously written, inventive, and compelling novel.” — Ayelet Waldman, author of LOVE AND TREASURE

“St Brigid’s Island is the sinister, seductive home to several individualistic, spiky women. These women know that their world is peopled with more than can be seen and they collude with and push against those sources, often with frightening results. THE STOLEN CHILD is a gorgeously written book about female bonds and the ferocious pull of motherhood. Compelling, eerie and beautiful.” — Nuala O'Connor, author of MISS EMILY

“Oh, my! I could not help but surrender to Lisa Carey’s dark, dazzling, quintessentially Irish plot, her lush prose, and her magical, gratifying ending. THE STOLEN CHILD is completely and utterly ravishing.” — Monica Wood, author of THE ONE-IN-A-MILLION BOY, WHEN WE WERE THE KENNEDYS, and ANY BITTER THING

“THE STOLEN CHILD is captivating - savage and tender, with a deep respect for the transcendent truths that lie in human pain. It grabs you, shakes you to your core and keeps you turning those pages. Leaving you reeling, sated and in love with its characters, landscape and utterly believable magic.” — Mia Gallagher, author of HELLFIRE and BEAUTIFUL PICTURES OF THE LOST HOMELAND

“Some books set up house inside your soul. THE STOLEN CHILD is one such book. Utterly magnificent.” — M.R. Carey, author of THE GIRL WITH ALL THE GIFTS

“Startling, bewitching and new; the world of Lisa Carey’s THE STOLEN CHILD is less a tiny island than a multi-layered universe. Fierce and vivid in its portrayals of community, superstition, sexuality and the human need to believe and to connect, it’s a novel which resists sentiment and instead plunges into the visceral quick of myth and legend, while keeping a clear and intelligent eye on the reality of how people are. Carey’s women in particular are unforgettable: this is a novel to devour.” — Belinda McKeon, author of TENDER 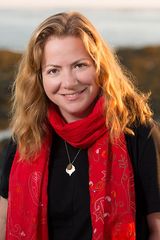