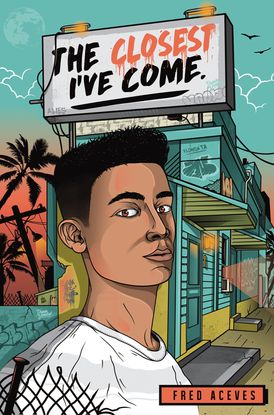 The Closest I’ve Come is a must-read from talented first-time author Fred Aceves, in the tradition of Walter Dean Myers.

Marcos Rivas yearns for love, a working cell phone, and maybe a pair of sneakers that aren’t falling apart. But more than anything, Marcos wants to get out of Maesta, his hood, away from his indifferent mom and her abusive boyfriend—which seems impossible.

When Marcos is placed in a new after-school program, he meets Zach and Amy, whose friendship inspires Marcos to open up to his Maesta crew, too, and starts to think more about his future and what he has to fight for. Marcos ultimately learns that bravery isn’t about acting tough and being macho; it’s about being true to yourself.

“Aceves has written a remarkable debut novel....[E]very reader will enjoy Aceves’s deft handling of this coming-of-age journey. The Closest I’ve Come will be a welcome addition to the growing cannon of quality urban young adult literature.” - Voice of Youth Advocates (VOYA)

“An unflinching portrayal of boyhood and the seemingly impossible circumstances so many young people face.” - Elizabeth Acevedo, New York Times bestselling and award-winning author of The Poet X

“A story that will have readers cheering by the end. An inspirational read.” - Booklist

“Recommended for fans of Jason Reynolds and for readers who appreciate gritty and introspective realistic fiction with a sense of humor.” - School Library Journal

★ “[A] memorable, hard-hitting portrait of a teenager trying to shape his own destiny after being dealt a difficult hand.” - Publishers Weekly (starred review)

“It takes about half a page of this debut to become convinced Aceves is an author to watch, but there’s no point at which you’ll want to put down his strongly voiced coming-of-age, perfect for fans of When I Was the Greatest.” - B&N Teen Blog

“A debut that’s as stunning as it is powerful, Aceves’ novel is a story is a complex story about family and friendships. Don’t sleep on this one.” - Paste Magazine

“Effective, and there’s a refreshing subversion of literary expectation...The accessible writing brings this story to a wide range of readers.” - Bulletin of the Center for Children’s Books

“[E]xplores the nuances of class and ethnicity through the eyes of a hero that readers will love rooting for.” - Bookish.com

Fred Aceves was born in New York but spent most of his youth in Southern California and Tampa, Florida, where he lived in a poor, working class neighborhood like the one described in The Closest I’ve Come. At the age of 21 he started traveling around the world, living in Chicago, New York, the Czech Republic, France, Argentina, Bolivia, and Mexico, his father’s native land. Among other jobs, he has worked as a delivery driver, server, cook, car salesman, freelance editor, and teacher of English as a second language. The Closest I've Come is his first novel.

Other Works by Fred Aceves 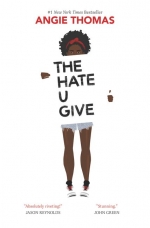 A Season of Daring Greatly