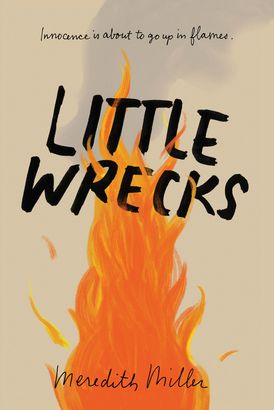 In this haunting and explosive debut, Meredith Miller explores the truth behind three girls on the cusp of adulthood, and all the shocking realizations that come under the guise of growing up. Perfect for fans of I’ll Give You the Sun and Girl in Pieces.

Ruth, Magda, and Isabel are different from everyone else. They can see beneath the seemingly perfect, cookie-cutter exterior of their small town of Highbone, Long Island. They know that below the surface, each house is filled with secrets, indifference, and violence.

These girls refuse to become willing participants of these fake lives. Instead, they are determined to fight every condescending comment, every unwelcome touch, and every lie they’ve been told.

When the opportunity to commit the perfect crime appears, the girls finally start to see their way out of Highbone. But for the first time, Ruth, Magda, and Isabel are keeping secrets from each other. As they drift apart, the weight of reality starts to set in. These girls can’t save each other. They might not even be able to save themselves.

“A searingly accurate portrayal of female adolescence. Impeccable in its execution. Any reader interested in the inner world of girls on the brink of womanhood in a man’s world will be spellbound.” - Voice of Youth Advocates (VOYA)

“Darkly atmospheric and brutally honest, LITTLE WRECKS depicts girls becoming women in a society that devalues both.” - Mindy McGinnis, author of FEMALE OF THE SPECIES 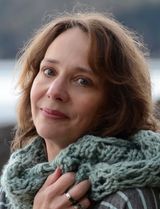 Meredith Miller is the author of Little Wrecks and How We Learned to Lie. She grew up in a large, unruly family on Long Island, New York, and now lives in the UK. She is a published short story writer and literary critic with a great love for big nineteenth-century novels and for the sea. Her short stories have appeared most recently in Stand, Short Fiction, Prole, Alt Hist, and The View from Here.

Other Works by Meredith Miller

How We Learned to Lie

The End of Our Story

Anatomy of a Misfit