Book Two of The Queens of Renthia 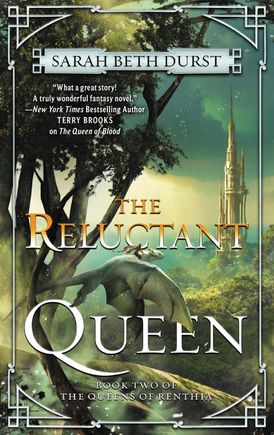 Book Two of The Queens of Renthia

In The Queen of Blood, Daleina used her strength and skill to survive the malevolent nature spirits of Renthia and claim the crown. But now she is hiding a terrible secret: she is dying. If she leaves the world before a new heir is ready, the spirits that inhabit her realm will once again run wild, destroying her cities and slaughtering her people.

Naelin has the power necessary to become an heir, but she couldn’t be further removed from the Queen. Her world is her two children, her husband, and her remote village tucked deep in the forest. But when Ven, the Queen’s champion, passes through her village, Naelin’s ambitious husband tells him of his wife’s ability to control spirits—magic that Naelin fervently denies. She knows embracing her power will bring death and separation from those she loves.

But Ven must find the best possible candidate to protect the people of Aratay. As the Queen’s power begins to wane and the spirits become emboldened, the only way Naelin can keep her son and daughter safe is to risk everything.

“Durst is a very gifted storyteller with a knack for comforting prose, both qualities which make The Reluctant Queen an extremely engaging novel and one that is difficult to put down.” - SFFWorld

“It is a pleasure to visit Renthia again. Durst paints a gorgeous, leaf-strewn horror house setting that makes it easy to immerse yourself in her world, and stay there.” - B&N Sci-fi & Fantasy Blog

“The Reluctant Queen was a fantastic next installment for this trilogy.” - Girls in Capes

“The Reluctant Queen makes for a worthy follow-up to The Queen of Blood.” - Culturess

“Ms. Durst has penned a series that can be enjoyed by readers of all ages. The characters are diverse, both in age and life experience, making this a perfect pick for pretty much anyone who enjoys a well-crafted fantasy with strong heroines and a very unique world.” - All About Romance

“The Queen of Blood made it onto my list of books that I felt were deserving of more attention, and I maintain that more than ever, especially with how good The Reluctant Queen turned out....The Queens of Renthia is shaping up to be an excellent series.” - Bibliosanctum

“A thrilling beginning to a sweeping series about searching for sovereignty and truth in order to save one’s land.” - Library Journal (starred review)

“The Queen of Blood is full of rich tension from the opening scene to the nail-biting finale.” - Jeff Wheeler, Wall Street Journal bestselling author of Kingfountain and Muirwood series

Praise for The Queen of Blood: “Mythopoeic Award-winner Durst launches her Queens of Renthia series with a stellar and imaginative tale.” - Publishers Weekly (starred review)

“What a great story! A truly wonderful fantasy novel which doubles as an allegory for our own earthly struggle between Man and Nature. Filled with fresh ideas and excitement, told with verve and heart. This book deserves a wide readership, and I think it will find one.” - Terry Brooks, New York Times bestselling author of the Shannara series 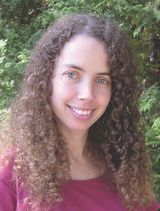 Sarah Beth Durst is the award-winning author of sixteen fantasy books for adults, teens, and kids, including The Queens of Renthia series, Drink Slay Love, and The Stone Girl’s Story. She won an ALA Alex Award and a Mythopoeic Fantasy Award, and has been a finalist for SFWA's Andre Norton Award three times. She is a graduate of Princeton University, where she spent four years studying English, writing about dragons, and wondering what the campus gargoyles would say if they could talk. Sarah lives in Stony Brook, New York, with her husband, her children, and her ill-mannered cat. For more information, visit her at sarahbethdurst.com.