A Former NFL Player's Descent into the Brutality of Fantasy Football 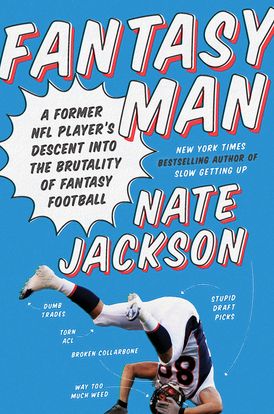 A Former NFL Player's Descent into the Brutality of Fantasy Football

The New York Times bestselling author of Slow Getting Up chronicles his descent into the madness of early retirement and fantasy football.

In Slow Getting Up—hailed by Rolling Stone as "the best football memoir of all time"—Nate Jackson told his story face down on the field. Now, in Fantasy Man, he’s flat on his back.

Six years have passed since the former Denver Broncos tight end wore a helmet, and every day he drifts further from the NFL Guy, the sanctioned-violence guy, the psychopath who ran head first into other psychos for money. But Nate hasn’t quite left the game. Bed-ridden by a recent surgery to remove bone fragments in his ankle, he's trying to defend his title in one of the millions of leagues captivating America through modern fantasy football, the interactive human poker game started by rotisserie leagues, boosted by ESPN and Yahoo!, and now elevated to that rarefied world of vaguely-legal Internet gambling by FanDuel and DraftKings.com.

And this time it isn’t a 300-pound wall of flesh rushing to crunch his spine.

Exploring the fantasy—and the reality—of professional football after you’ve left the field, Fantasy Man is as funny, self-deprecating, and shockingly honest as Slow Getting Up. 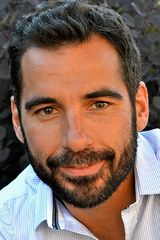 Other Works by Nate Jackson