How the Business of Death Saved My Life 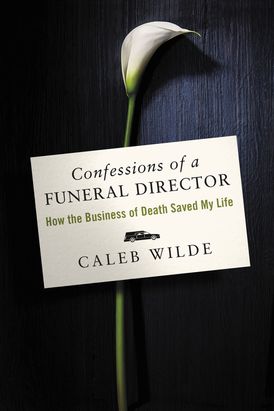 How the Business of Death Saved My Life

The blogger behind Confessions of a Funeral Director—what Time magazine called a "must read"—reflects on mortality and the powerful lessons death holds for every one of us in this compassionate and thoughtful spiritual memoir that combines the humor and insight of Smoke Gets in Your Eyes with the poignancy and brevity of When Breath Becomes Air.

We are a people who deeply fear death. While humans are biologically wired to evade death for as long as possible, we have become too adept at hiding from it, vilifying it, and—when it can be avoided no longer—letting the professionals take over.

Sixth-generation funeral director Caleb Wilde understands this reticence and fear. He had planned to get as far away from the family business as possible. He wanted to make a difference in the world, and how could he do that if all the people he worked with were . . . dead? Slowly, he discovered that caring for the deceased and their loved ones was making a difference—in other people’s lives to be sure, but it also seemed to be saving his own. A spirituality of death began to emerge as he observed:

Through stories like these, told with equal parts humor and poignancy, Wilde offers an intimate look into the business and a new perspective on living and dying

“In Confessions of a Funeral Director, Wilde… tells the stories of memorable funerals that helped him arrive at the ‘spirituality of death’ that he now embraces,… what it means to be ‘death positive’… and how he was able to start to find fulfillment as a funeral director.” - Vice

“A fascinating look into the funeral industry and a compelling reflection on what it means to be a living, breathing human.” - Religion News Service

“As a look behind the closed doors of the death industry, as well as a candid exploration of Wilde’s own faith journey, this book is fascinating and compelling.” - National Catholic Reporter

“Caleb Wilde shows us how his faith was transformed and deepened as he allowed death to ‘quiet’ his faith rather than trying to manage death through his religious anxiety. I never thought of a funeral home as sacred space, but I do now. And I’m glad for it.” - Peter Enns, author of The Bible Tells Me So and The Sin of Certainty

With this stunner of a debut, Caleb Wilde sets himself apart as one of the most gifted storytellers of a generation. Wise, vulnerable, and surprisingly relatable, this book is funny in all the right places and enormously helpful throughout. It will change how you think about death. - Rachel Held Evans, author of Searching for Sunday

“Wilde not only helps us rethink our fears and misgivings about death and dying, he empowers us to embrace the end of life fully alive. Confessions of a Funeral Director will make you laugh, cry, cringe, and it might just change everything you believe to be true about death.” - Matthew Paul Turner, author of Churched and When God Made You

“To a culture long estranged from its dead, Caleb Wilde provides good guidance towards some rapprochement.  By getting the dead where they need to go, a good funeral gets the living where they need to be.  Here is good orderly direction towards those ends.”  - Thomas Lynch, author of The Undertaking

“With wit and warmth, Wilde breaks open the mysteries of funeral directing, allowing a glimpse into that unseen world of chemicals and coffins. Wilde teaches how to cherish the beauty in mourning and honor the deaths. His words guide us past the denials, and lead us to embrace life.” - Carol Howard Merritt, author of Healing Spiritual Wounds

“Caleb Wilde offers a reframing of death that is so badly needed in the world today— one that takes a narrative of loss, despair, and hopelessness, and helps us discover the hope we have been so desperately craving.” - Benjamin L. Corey, author of Unafraid 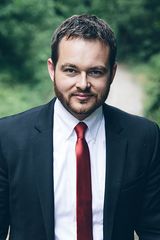 Caleb Wilde is a partner at his family’s business, Wilde Funeral Home, in Parkesburg, Pennsylvania. He writes the popular blog Confessions of a Funeral Director and recently completed postgraduate work at Winchester University, England, in the program, “Death, Religion and Culture.” He has been featured in top media outlets, including The Huntington Post, The Atlantic, and TIME magazine, and on NPR, NBC, and ABC’s 20/20.

Other Works by Caleb Wilde

The Book of Rosy