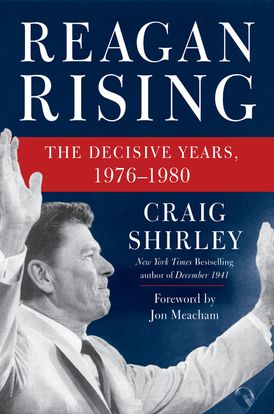 With a Foreword by Jon Meacham

In 1976, when Ronald Reagan lost his second bid for the GOP presidential nomination (the first was in 1968), most observers believed his political career was over. Yet one year later, at the annual Conservative Political Action Conference, Reagan sounded like a new man. He introduced conservatives to a "New Republican Party"—one that looked beyond the traditional country club and corporate boardroom base to embrace "the man and woman in the factories . . . the farmer . . . the cop on the beat. Our party," Reagan said, "must be the party of the individual. It must not sell out the individual to cater to the group."

But it was not only the former governor's political philosophy that was changing. A new man was emerging as well: The angry anticommunist was evolving into a more reflective, thoughtful, hopeful, and more spiritual leader. Championing the individual at home, rejecting containment and détente abroad, and advocating for the defeat of Soviet communism, his appeal crossed party lines.

At a time when conservatives are seeking to redefine their identity in light of the Donald Trump phenomenon, Reagan Rising offers insight into the development of Reagan’s optimistic and unifying philosophy, and offers lessons for both established Republican leaders as well as emerging hopefuls.

“Whoever seeks to know the heart of Ronald Reagan will find it in Reagan Rising, as Craig Shirley once again records our 40th President with extraordinary wamth, depth and perspective. A “must add” to any Reagan fan’s library.” - Ken Khachigian, Ronald Reagan's Senior Presidential Campaign Aide and Chief White House Speechwriter

“Craig Shirley’s newest book, Reagan Rising, reveals the real Reagan -- the ideas that shaped the man and his presidency. With Trump in the White House, this is the most important book you must read.” - Chris Ruddy, CEO, Newsmax Media

“Craig Shirley has written a supremely important addition to the world of Reagan biographies, a field in which he is already a star scholar.” - Jeff Lord, Former Reagan White House Political Aide, CNN commentator, Columnist, The American Spectator.

“…an engrossing, richly detailed saga filled with political figures obscure and familiar. Both political junkies and general readers should appreciate this account of the triumph of a conservative icon.” - Booklist

“I never read a Craig Shirley book about Reagan without learning something about my old boss, This is an insightful, thoughtful history that reminds us of the renewal that occurred the last time the Republican Party was near collapse. It is the story of the lifeguard Reagan rescuing a drowning party. If only...” - Landon Parvin, former White House speechwriter for Ronald Reagan

“Ronald Reagan defined a political party for a generation. He defined an ideology, shaped in his view of what true liberty, individualism, and American conservatism really meant. Craig Shirley’s Reagan Rising is the go-to book on how this came to be.” - The Honorable Georgette Mosbacher, Commissioner of the United States Advisory Committee on Public Diplomacy, US State Department

“This book is serious history that reads like a page-turner novel. Craig Shirley’s prose, while carefully annotated, is as compelling as fireside stories told by an eye witness. The details and insights in this book provide must-know context for American politics past, present and in the future.” - Mari Maseng Will, former Reagan White House speechwriter. 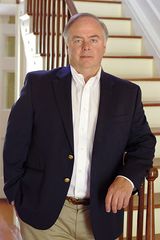 Other Works by Craig Shirley