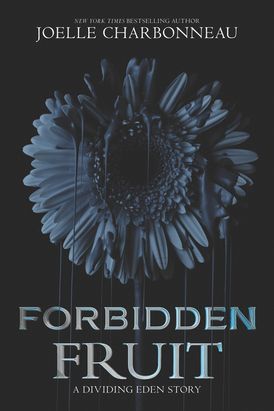 See the secrets of Eden’s twisted legacy from a new perspective with this short story set in the world of bestselling author Joelle Charbonneau’s Dividing Eden.

Graylem was born to expect a life of thievery, but superior swordsmanship and a desire for something better had long fueled his dreams to become a member of a noble family’s guard.

But when his sister Deevana’s latest scheme forces them to leave their home—and all memories of their life in Blackthorn Keep—behind, they chart a southern course towards a new life in Irae, by way of the magnificent Garden City. Disguised as northern nobles, they quickly find themselves caught up in the mysterious politics of Eden’s royal family—and infatuated by its newest member, the beautiful seeress Imogen.

A member of Eden’s guard offers Graylem the chance to prove his worth, but his brutal trial for entry into the guard is waylaid by the appearance of Prince Andreus and Princess Carys. Graylem may be a simple man, but when he sees the royal siblings conferring in secret, he knows that all is not well in the Palace of the Winds—and before long, he learns that whatever darkness is lurking in the city’s walls could mean devastation for his family… and for Eden.

PRAISE FOR DIVIDING EDEN: “Charbonneau’s skill as a thriller writer will hook readers as the tension between the siblings grows and the Trial of Succession rushes towards an explosive end... This new fantasy will give them plenty to sink their teeth into.’ - Booklist

“Charbonneau has created an elegantly organized plot. . . . The tension and conflict will have readers at the edge of their seats as the imagery and complexities of the characters and plot design are exposed.” - Voice of Youth Advocates (VOYA)