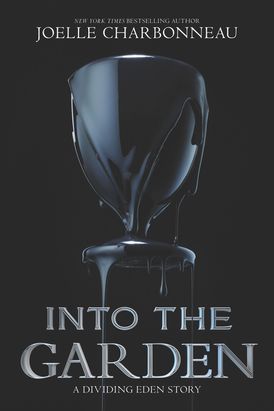 Step back into the world of bestselling author Joelle Charbonneau’s Dividing Eden, with a short story set decades before Carys and Andreus are destined to fight for Eden’s throne.

Lady Betrice has been cloistered for two years, desperate to learn the art of Seeing and be allowed to remain with the seers of the Village of Night forever. Now that her parents have passed, there is nothing waiting for her at home but her lecherous uncle and his sinister plans. So when a stoic young guard, assigned by her uncle to deliver her back home without incident, reveals a secret about his own dark past, Betrice seizes the opportunity to harness their combined power into a plan to leave Eden forever.

But for once, Betrice’s uncle is not the only man lying in wait on the road home—King Adham and his son Prince Ulron are her uncle’s guests, and when Betrice’s escape plot backfires, she may just find herself in a position she never could have foreseen.

“Charbonneau has created an elegantly organized plot. . . . The tension and conflict will have readers at the edge of their seats as the imagery and complexities of the characters and plot design are exposed.” - Voice of Youth Advocates (VOYA)