The True Story of the Cold War's Most Audacious Espionage Operation 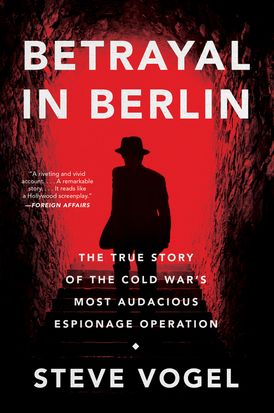 The True Story of the Cold War's Most Audacious Espionage Operation

The astonishing true story of the Berlin Tunnel, one of the West’s greatest espionage operations of the Cold War—and the dangerous Soviet mole who betrayed it.

Its code name was “Operation Gold,” a wildly audacious CIA plan to construct a clandestine tunnel into East Berlin to tap into critical KGB and Soviet military telecommunication lines. The tunnel, crossing the border between the American and Soviet sectors, would have to be 1,500 feet (the length of the Empire State Building) with state-of-the-art equipment, built and operated literally under the feet of their Cold War adversaries. Success would provide the CIA and the British Secret Intelligence Service access to a vast treasure of intelligence. Exposure might spark a dangerous confrontation with the Soviets. Yet as the Allies were burrowing into the German soil, a traitor, code-named Agent Diamond by his Soviet handlers, was burrowing into the operation itself. . .

Betrayal in Berlin is Steve Vogel’s heart pounding account of the operation. He vividly recreates post-war Berlin, a scarred, shadowy snake pit with thousands of spies and innumerable cover stories. It is also the most vivid account of George Blake, perhaps the most damaging mole of the Cold War. Drawing upon years of archival research, secret documents, and rare interviews with Blake himself, Vogel has crafted a true-life spy story as thrilling as the novels of John le Carré and Len Deighton.

“One of the most dramatic spy stories of the Cold War, superbly told by a real authority on the subject. Steve Vogel draws on his family background and reportorial expertise to recreate the paranoid atmosphere of divided Berlin and the wall that symbolized the superpower standoff.  With a cast of characters that could have come straight out of a John le Carré novel, this is a “mole versus mole” espionage tale like no other.” - Michael Dobbs, author of One Minute to Midnight: Kennedy, Khrushchev, and Castro on the Brink of Nuclear War

“The best spy book I have ever read...Steve Vogel is a talented and gifted writer who brings the personalities and idiosyncrasies of every participant in this operation to life. His research is vast, varied, and full of detail. It is truly one of those rare books you can’t put down.” - Sandra “Sandy” Grimes, retired twenty-six year veteran of CIA’s Clandestine Service and co-author of Circle of Treason: A CIA Account of Traitor Aldrich Ames and the Men He Betrayed

“A crackling Cold War espionage story, Betrayal in Berlin takes you to the peaks of spying ambition and the depths of betrayal.” - David E. Hoffman, author of The Billion Dollar Spy

“This captivating study will thrill World War II buffs as well as mystery readers of all ages.” - Library Journal

“This is a fascinating, fast-paced narrative, and Vogel is particularly well-suited to write it.”  - Washington Post

"Betrayal in Berlin is one of the best Cold War non-fiction espionage books I have read. For me, Mr. Vogel is up there with Ben Macintyre." - Spybrary Podcast

“Excellent… although there are other books on Blake, Mr. Vogel’s handling of his tale is original and rewarding… meticulously researched and full of vivid detail.”   - Wall Street Journal

"Blake’s story has been told before, as has the tunnel’s, but Steve Vogel pulls them together accessibly and comprehensibly, along with the wider political context and entertaining detail about personalities of the period.” - The Spectator

“A well-researched and fascinating look back at the Cold War.” - Washington Times

"Betrayal in Berlin has everything a great spy story needs: fascinating characters, plenty of dramatic action, atmospheric backdrops, and world-changing consequences." - Monte Reel, author of A Brotherhood of Spies: The U-2 and the CIA's Secret War

"A dazzling, true-life saga of the spy-versus-spy underpinnings of the Cold War." - Washington Independent Review of Books

"Vogel’s ability as a storyteller has made this into a great spy yarn."  - The Virginia Gazette

"Reads like a thriller, reaches sources previously untapped .... Betrayal in Berlin is reliable, exciting, well-sourced and fair. . . Vogel transports the reader back in time into rooms and meetings that, at the time, were extraordinarily sensitive. ... The best book to date on the Berlin Tunnel." - Studies in Intelligence 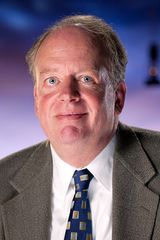 Steve Vogel is the author of Through the Perlious Fight and The Pentagon: A History, both published by Random House. He is a reporter for the national staff of the Washington Post who covers the federal government and frequently writes about the military and veterans. Based overseas from 1989 through 1994 and reporting for the Post and Army Times, he covered the fall of the Berlin Wall and the first Gulf War, and subsequently reported on military operations in Somalia, Rwanda, the Balkans, Afghanistan and Iraq. Vogel also covered the 9/11 attack on the Pentagon and its subsequent reconstruction. He lives in the Washington metro area.

Other Works by Steve Vogel