The Man Who Wanted to Know Everything 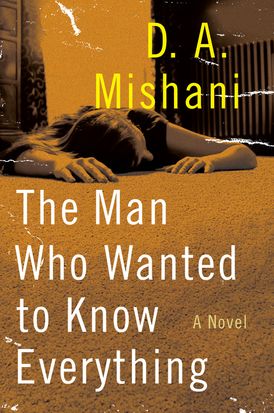 The Man Who Wanted to Know Everything

Inspector Avraham Avraham is back in this sequel to the acclaimed thrillers A Possibility of Violence and The Missing File—internationally bestselling author D. A. Mishani’s The Man Who Wanted to Know Everything is a hauntingly psychological domestic noir, perfect for fans of Alafair Burke or Liad Shoham.

Called on a stormy night to the scene of his first murder investigation as the new commander of investigations, Inspector Avraham Avraham is shocked to discover that he knows the victim: Leah Yeger, a widow found brutally murdered in her home and the victim of a rape that he investigated some years prior. But with her rapist still behind bars, Avraham’s only lead is an eyewitness claiming he saw a policeman leave the scene of the crime—a policeman who seems to have since vanished into thin air.

Risking the cooperation of his police force, Avraham is determined to follow the lead, working feverishly to solve the case—no matter the cost. But when his investigation leads him to Mazal Bengtson—a young woman struggling to escape a tortured past and salvage a marriage gone horribly wrong—the complex case takes on an even more baffling, disturbing turn...

Told through the dual perspectives of Inspector Avraham and Mazal Bengtson, The Man Who Wanted To Know Everything is a chilling investigation of secrets, family, and what happens when the people you love may not be who you think.

“Fans of Ruth Rendell and P.D. James will be pleased by the nuanced view of human nature.” - Publishers Weekly (starred review)

“There are thrills, chills, peril, and everything else you can think of… this is one investigation you don’t want to miss.” - Suspense Magazine 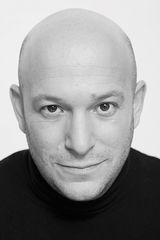 D. A. Mishani is a literary scholar specializing in the history of detective literature. His first novel, The Missing File, was the inaugural book in his literary crime series featuring the police inspector Avraham Avraham.

Other Works by D. A. Mishani