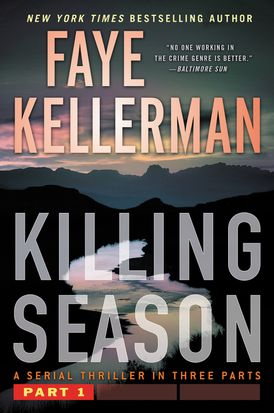 In the first installment of New York Times bestselling author Faye Kellerman’s three-part series, she spins the electrifying story of a teenaged boy on a quest to find the twisted serial killer who murdered his sister…

Ben Vicksburg’s world was shattered forever when his sister Ellen went missing four years ago in the small town of River Remez, New Mexico. Ben was the one to discover her body in a shallow grave by the river’s edge on the first anniversary of her disappearance. On that day, he made a promise to Ellen that he would do whatever it took to find the monster who kidnapped and strangled her.

Several years later, the police believe Ellen was the victim of a serial killer known as the Demon, but Ben isn’t convinced. As a math whiz, Ben is able to see patterns that don’t match. And when he researches other similar unsolved murders, he’s convinced the killer is still out there stalking more young girls. Though Detective Sam Shanks, the lead cop on the case, thinks Ben’s obsession has gone too far and warns him to back off, he refuses to give up. But when Ro Majors, the most popular girl in school, offers to help him, Ben not only finds an ally in the beautiful cheerleader he’s quickly falling hard for, but he also learns they share a bizarre coincidence that brings them closer together.

As their search leads to the grisly discovery of the corpse of Katie Doogan, Ben becomes more desperate than ever to find this cunning, methodical killer before he strikes again.

Find out what happens in Killing Season, Part 2, as the danger intensifies when Ben and Ro travel to California in their search to uncover a serial killer's identity.

“Kellerman delivers a great story, some fine characters, and a disquieting, look-over-your-shoulder atmosphere that should keep readers turning the pages as fast as they can [...] Compelling and sharply written.” - Booklist 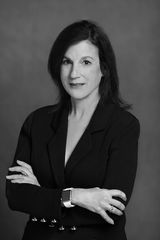 Faye Kellerman is the author of thirty-one novels, including twenty-two New York Times bestselling mysteries that feature the husband-and-wife team of Peter Decker and Rina Lazarus. She has also penned two bestselling short novels with her husband, New York Times bestselling author Jonathan Kellerman and teamed up with her daughter Aliza to co-write a young adult novel, Prism. She lives with her husband in Los Angeles, California, and Santa Fe, New Mexico.