How I Worked with Three Newspaper Icons, One Powerful First Lady, and Still Managed to Dig Myself Out of the Washington Swamp 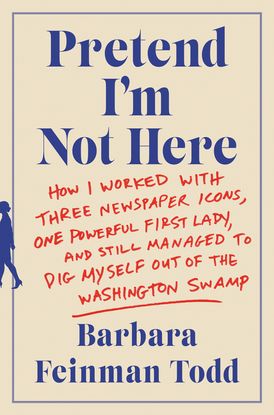 How I Worked with Three Newspaper Icons, One Powerful First Lady, and Still Managed to Dig Myself Out of the Washington Swamp

An accomplished former ghostwriter and book researcher who worked with Bob Woodward, Carl Bernstein, Ben Bradlee, and Hillary Clinton goes behind-the-scenes of the nation’s capital to tell the story of how she survived the exciting, but self-important and self-promoting world of the Beltway.

Barbara Feinman Todd has spent a lifetime helping other people tell their stories. In the early 1980s, she worked for Bob Woodward, first as his research assistant in the paper’s investigative unit and, later, as his personal researcher for Veil, his bestselling book about the CIA. Next she helped Carl Bernstein, who was struggling to finish his memoir, Loyalties. She then assisted legendary editor Ben Bradlee on his acclaimed autobiography A Good Life, and she worked with Hillary Clinton on her bestselling It Takes a Village. Feinman Todd’s involvement with Mrs. Clinton made headlines when the First Lady neglected to acknowledge her role in the book’s creation, and later, when a disclosure to Woodward about the Clinton White House appeared in one of his books. These events haunted Feinman Todd for the next two decades until she confronted her past and discovered something startling.

Revealing what it’s like to get into the heads and hearts of some of Washington’s most compelling and powerful figures, Feinman Todd offers authentic portraits that go beyond the carefully polished public personas that are the standard fare of the Washington publicity factory. At its heart, Pretend I’m Not Here is a funny and forthcoming story of a young woman in a male-dominated world trying to find her own voice while eloquently speaking for others.

“Very likeable.... She has certainly learned how to apply a novelist’s storytelling skills to real life.” - Laura Miller, Slate

“The best book about commercial writing life since William Goldman’s Adventures in the Screentrade (1983). ... Gives a riveting insight into life in the Clinton White House.” - The Times Literary Supplement

“The quality and quantity of the beans spilled is high.... [Feinman Todd’s] Sin City is crammed with hit men, gangsters and back-stabbers.... Written like a novel.” - Duncan Wu, Times Higher Education

“Engaging. ... Todd writes crisply and has an amusing knack for capturing the good and bad of Washington. ... Worth reading.” - USA Today

“Todd’s a very engaging and smart writer. ... A page-turning meditation on politics, identity and the writing life. ... Crystalline prose. ... Impossible to put down. ... Compelling and timely.” - Narrative Species 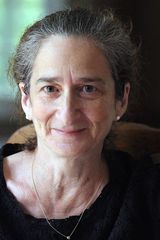 Barbara Feinman Todd is the founding Journalism Director at Georgetown University, where she teaches in the English Department. Cofounder of the Pearl Project, she coauthored the e-book The Truth Left Behind: Inside the Kidnapping and Murder of Daniel Pearl. Her work has appeared in the Washington Post, Glamour, the Huffington Post, the Daily Beast, Newsweek, and on NPR. She lives just outside of Washington, D.C.

Other Works by Barbara Feinman Todd