The Rolling Stones, the Hells Angels, and the Inside Story of Rock's Darkest Day 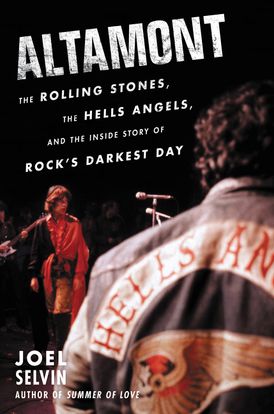 The Rolling Stones, the Hells Angels, and the Inside Story of Rock's Darkest Day

In the annals of rock history, the Altamont Speedway Free Festival on December 6, 1969, has long been seen as the distorted twin of Woodstock—the day that shattered the Sixties’ promise of peace and love when a concertgoer was killed by a member of the Hells Angels, the notorious biker club acting as security. While most people know of the events from the film Gimme Shelter, the whole story has remained buried in varied accounts, rumor, and myth—until now.

Altamont explores rock’s darkest day, a fiasco that began well before the climactic death of Meredith Hunter and continued beyond that infamous December night. Joel Selvin probes every aspect of the show—from the Stones’ hastily planned tour preceding the concert to the bad acid that swept through the audience to other deaths that also occurred that evening—to capture the full scope of the tragedy and its aftermath. He also provides an in-depth look at the Grateful Dead’s role in the events leading to Altamont, examining the band’s behind-the-scenes presence in both arranging the show and hiring the Hells Angels as security.

The product of twenty years of exhaustive research and dozens of interviews with many key players, including medical staff, Hells Angels members, the stage crew, and the musicians who were there, and featuring sixteen pages of color photos, Altamont is the ultimate account of the final event in rock’s formative and most turbulent decade.

Joel Selvin’s book...is a deeply researched, minutely detailed, account of the event as it unfolds, occurs and concludes; and as a result comes to conclusions much greater than historical myth or a ‘documentary’ film can portray...This book is definitely worth a read, and it is extremely well researched. - -- AllMusicBooks.com

“Meticulous research, evocative detail, and a brave conclusion—exactly what a history book should be.” - -- Lee Child, author of the #1 New York Times bestselling Jack Reacher series

“Boy did I live in a bubble—or something. I had no idea the extent of bruising under the melting rainbow. Selvin is revealing our tricky gestation in the weird womb of sixties rock. Frightening.” - Grace Slick, member of Jefferson Airplane

“An incisive account of the most infamous concert debacle in rock history...This book provides context and perspective, showing the sea change in rock that was taking place as the Rolling Stones attempted to reassert themselves amid the increasing dominance of San Francisco psychedelia and the spirit of Woodstock...Compelling.” - -- Kirkus Reviews (starred review)

“[A] methodical history. . . Selvin’s presentation of Altamont busts the myth of innocence lost; in fact, Altamont just made the reality harder to ignore.” - -- Publishers Weekly

“It was worse than you think. A lot worse…[A]n account that moves at movie pace, Selvin cuts through woolly cop-out rhetoric, offering clarity and detail…Altamont was a tragedy in the classical sense-a disaster born of hubris and folly-and Selvin nails every last shred of both.” - MOJO Magazine

A fascinating account of the festival and its repercussions, this is also a cultural historical portrait of the West Coast rock scene, a history of the bands involved, and of the counterculture itself. Will be of interest to rock and pop culture fans. - -- Library Journal 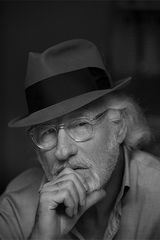 Joel Selvin is an award-winning journalist who has covered pop music for the San Francisco Chronicle since 1970. Selvin is the author of the bestselling Summer of Love and coauthor, with Sammy Hagar, of the number-one New York Times bestseller, Red. He has written twelve other books about pop music.

Other Works by Joel Selvin

Are We Having Any Fun Yet?