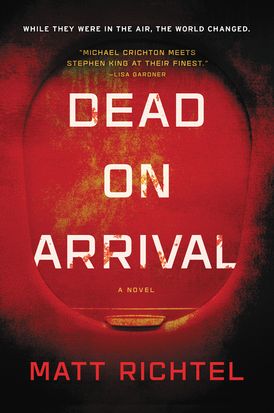 FLIGHT 194 LANDED. SOMETHING LETHAL AWAITS OUTSIDE. THIS IS DEAD ON ARRIVAL, FROM PULITZER-PRIZE WINNER MATT RICHTEL OF THE NEW YORK TIMES.

An airplane touches down at a desolate airport in a remote Colorado ski town. Shortly after landing, Dr. Lyle Martin, a world-class infectious disease specialist, is brusquely awakened to shocking news: Everyone not on the plane appears to be dead. The world has gone dark. While they were in the air, a lethal new kind of virus surfaced, threatening mankind's survival, and now Martin—one of the most sought-after virologists on the planet until his career took a precipitous slide—is at the center of the investigation.

Moving at lightning pace from the snowbound Rockies to the secret campus of Google X, where unlimited budgets may be producing wonders beyond our capacity to control, Dead on Arrival is a brilliantly imaginative, intricately plotted thriller that draws on Matt Richtel's years of science and technology reporting for the New York Times, and establishes him as one of the premier thriller writers working today.

“An intellectual thrill ride that tucks searing social critique into the Trojan horse of a save-the-world page-turner…. The solution appears to be only another mastermind who has commandeered technology for personal gain, Richtel leaves us with the more sinister suggestion the true villain is us.” - New York Times Book Review

“A high wire act of pure, exhilirating storytelling. From a stunner of an opening to an end I never saw coming, here is a book that will keep you glued to your seat and furiously turning pages. Grab a copy and prepare to lose a day.” - JAMES ROLLINS

“Michael Crichton meets Stephen King at their finest: Topical and timely, with the creepiest opening chapters I’ve ever read, Dead on Arrival, Matt Richtel’s gripping and ominous new thriller, explores our fears about technology -- and proves they might be even more justified than we think.” - LISA GARDNER

“If you’re looking for a heart-stopping thriller to pack for your summer vacation, look no further. ... Should keep you riveted until the very last page. ... Dead on Arrival is a must-read for Michael Crichton fans.” - Dallas Morning News

“Is this the next Stephen King? ... Wonderfully confounding. ... Richtel has conjured a fascinating character in Martin... [and] ties it all together in the final pages. So much so, a reader is hopeful Martin will be back again, solving medical mysteries and saving mankind in the process.” - Denver Post

“Richtel sets things up beautifully with a terrifying opening chapter. ... Matt Richtel has taken his place as an heir to Michael Crichton. ... Dead on Arrival is great entertainment with a very troubling message buried deep within it.” - Connecticut Post

“Similar in atmosphere and style to Michael Crichton and Stephen King. ... A race-against-the-clock thriller. The pacing is excellent. ... An enjoyable and gripping read.” - Booklist

“There’s suspense on every page. ... A taut techno-thriller.” - Mercury News

“Richtel grabs his audience by the throat from the start of this intelligent nail-biter.” - Publishers Weekly (STARRED REVIEW)

“Begins with one of the most chilling openings that I have ever read. ... Establishes Richtel as one of the premier thriller writers working today.  ... Once you start, you won’t want to put it down.” - CriminalElement.com

“With this title Mr. Richtel is surely creeping up on King and Koontz when it comes to delivering that awe-inspiring fear-factor. ... You’ll be glued to the pages. ... It’s extremely rare that any writer has the ability to scare you to death, but with this book, Matt Richtel can count himself among those chosen few.” - Suspense Magazine

“A book brimming with mystery and suspense. ... Richtel ... knocks it out of the park.” - Steamboat Today

“A high concept thriller with the gut-wrenching tension of a doomsday countdown clock.” - Kirkus Reviews 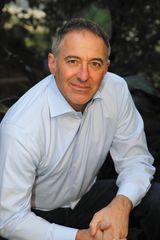 Matt Richtel is a Pulitzer Prize–winning New York Times reporter and bestselling nonfiction and mystery author. He lives in San Francisco with his wife, Meredith, a neurologist, and their two children. In his spare time, he plays tennis and piano and writes (not very good) songs. Visit him online at www.mattrichtel.wordpress.com.

Other Works by Matt Richtel