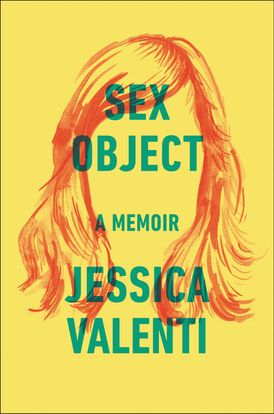 “Sharp and prescient… The appeal of Valenti’s memoir lies in her ability to trace objectification through her own life, and to trace what was for a long time her own obliviousness to it…Sex Object is an antidote to the fun and flirty feminism of selfies and self-help.” — New Republic

Hailed by the Washington Post as “one of the most visible and successful feminists of her generation,” Jessica Valenti has been leading the national conversation on gender and politics for over a decade. Now, in a memoir that Publishers Weekly calls “bold and unflinching,” Valenti explores the toll that sexism takes on women’s lives, from the everyday to the existential. From subway gropings and imposter syndrome to sexual awakenings and motherhood, Sex Object reveals the painful, embarrassing, and sometimes illegal moments that shaped Valenti’s adolescence and young adulthood in New York City.

In the tradition of writers like Joan Didion and Mary Karr, Sex Object is a profoundly moving tour de force that is bound to shock those already familiar with Valenti’s work, and enthrall those who are just finding it.

“Powerful...incredibly readable... she wants to take us back to a place of telling stories.” - The Nation

“This aching account of attempting to live, date and work while female is a brave admission of vulnerability.” - Washington Post

“A bold undertaking… consciousness raising. Valenti is one of America’s best-known and often divisive feminists.” - The Guardian

“Valenti uses the personal to shed light on a universally female political problem. There is an awakening that happens as a woman reading this book.” - Bust Magazine

“[Valenti’s] memories are relatable and raise important questions about how society treats and views women.” - Bustle

“An entertaining and shocking memoir from a leading feminist writer.” - Booklist

“Powerful.. more than the sum of its parts… a bold and unflinching road map of Valenti’s journey to become the woman she is.” - Publishers Weekly

“Jessica Valenti is widely known as a feminist leader- with this stunningly brave and often funny memoir, we get a chance to know her as a human being. This is an incredibly powerful book. I can’t recommend it loudly enough.” - Jill Soloway, writer, producer, creator of the Emmy-winning show Transparent

“Adrienne Rich wrote, ‘When a woman tells the truth she is creating the possibility for more truth around her.’ In Sex Object, Jessica Valenti tells her truth with stunning vulnerability and courage, defying easy answers and daring us to look away. You won’t forget it.” - Irin Carmon, New York Times bestselling author of Notorious RBG: The Life and Times of Ruth Bader Ginsburg

“Deeply moving, honest, and unflinching, Sex Object secures Jessica Valenti’s place as one of the foremost writers and thinkers of her generation. Her personal story highlights universal truths about being a woman, and makes the case for why feminism today is an unstoppable force.” - Cecile Richards, President, Planned Parenthood Federation of America

“I began reading Jessica Valenti’s Sex Object before the most recent tape (as of this writing) leaked of a presidential candidate bragging about sexually assaulting women for fun, but there could hardly be a better validation for the subject.” - AV Club 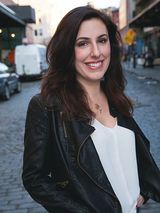 JESSICA VALENTI is a columnist for The Guardian US where she writes about gender and politics. In 2004 she founded the award-winning Feministing.com, which Columbia Journalism Review called “head and shoulders above almost any writing on women’s issues in mainstream media.”? Her work has appeared in the New York Times, the Washington Post, the Nation, and Ms. She is the author of several books, including the national bestseller Full Frontal Feminism. Jessica lives in Brooklyn with her husband and daughter.

Other Works by Jessica Valenti