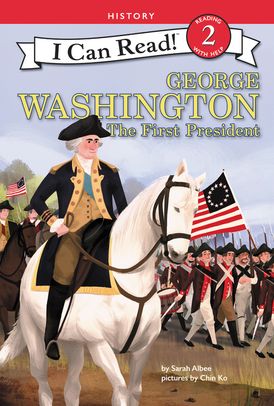 The life of George Washington is introduced in this early reader biography. After General Washington led the American colonists to victory in the Revolutionary War, everyone thought he should become the first president of the United States. Washington would turn out to be a strong leader and a wise president.

Beginning readers will learn about the milestones in George Washington’s life in this Level Two I Can Read biography, which combines a traditional, illustrated narrative with historical illustrations at the back of book—complete with a timeline, illustrations, and interesting facts about the United States’ first president. Kids will learn about George Washington's spy ring, and how one of his dogs was named Sweetlips!

George Washington: The First President is a Level Two I Can Read, geared for kids who read on their own but still need a little help.

Sarah Albee is the New York Times bestselling author of more than one hundred books for kids, ranging from preschool through middle grade. She writes biographies, history, and science-themed books. She lives in Connecticut with her husband, their three kids, and their dog, Rosie.

Other Works by Sarah Albee 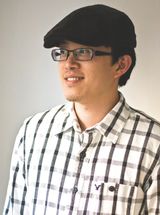 Chin Ko is a production designer, visual-development artist, illustrator, and entrepreneur. His work has helped bring to life many animated shorts, feature films, and video games. He is based in Los Angeles, where he lives with his lovely wife and their new child.

Other Works by Chin Ko

Jane Goodall: A Champion of Chimpanzees

Helen Keller: The World at Her Fingertips

Alexander Hamilton: A Plan for America