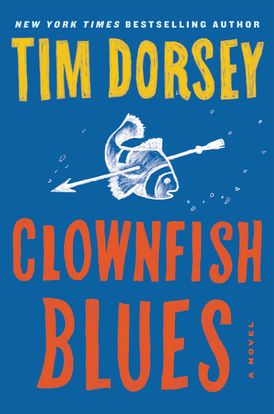 A (Serge A.) Storm is brewing for a cabal of bad guys gaming the Florida state lottery in this insanely funny novel from the maestro of mayhem, Tim Dorsey.

If you’re loud and proud Floridian Serge A. Storms, how do you follow up your very own remake of Easy Rider? You shoot your own "episodes" of your favorite classic television show, Route 66!

With Coleman riding shotgun, Serge is rolling down the highway of his dreams in a vintage silver convertible Corvette just like the snazzy car Martin Milner drove. It doesn’t matter that the actual Route 66 didn’t pass through Florida, for Serge discovers that a dozen episodes near the series’ end were filmed (really!) in his beloved home state. So for Serge and the always toked and stoked Coleman, the Sunshine State is all the road you need to get your kicks.

But their adventure traveling the byways of the Sunshine State’s underbelly is about to take a detour. Someone is trying to tilt the odds in the state lottery amidst a conga line of huge jackpots spinning off more chaos than any hurricane season. With this much at stake, of course every shady character wants in. Crooked bodega owners, drug cartels laundering money through the lottery, and venture capitalists are all trying to game the system—and lining up to get their cut. They’re also gambling with their lives, because when Serge and Coleman get hip to this timely (and very lucrative) trip, there’s no telling whose number is up next.

Throw in Brooke Campanella, Serge’s old flame, as well as the perpetually star-crossed Reevis, and it’s a sure bet that the ever lucky Serge will hit it big. Winning has never been this deadly—or this much fun!

“Iconic.... [Dorsey’s] legion of fanatic fans will howl with love as Serge gaslights the law and sets the record straight.” - Florida Times-Union

“Dorsey’s satiric skewering spares nothing and no one in this riotous farce that’s almost too much fun to call reading.” - Providence Journal

“[Serge and Coleman’s] wildest and funniest ride yet, resulting in plenty of sex, drugs, violence, and lottery winnings.” - PopMatters.com

“Plenty of laughs.... Dorsey’s comic novels traverse the state from the Panhandle to the Keys and lovingly show why Serge is so enraptured with the Sunshine State.” - SouthFlorida.com

“Hilarious. ... Serge Storms is, hands down, one of the most original and just-plain-captivating characters in modern crime fiction.” - Booklist (starred review)

“No part of Florida is left alone as Serge enjoys the ride while spouting off bits of obscure, but interesting, history.” - The Missoulian

“Think of Dorsey as a master chef. ... You will be mightily entertained.” - BookReporter.com

“Storms is one of the most original characters in contemporary crime fiction.” - The Chronicle Herald (Canada)

“This book could be a stand-alone amusement park.” - Red Carpet Crash 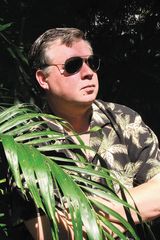 Other Works by Tim Dorsey

The Pope of Palm Beach