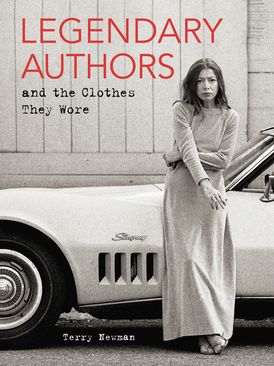 “The most counterintuitive book of the summer thus far…. [Newman’s] surprisingly convincing thesis is that the sartorial choices authors make are deeply connected to the narrative choices they make — or, as Beckett put it, ‘the fabric of language’ they use.” -Vanessa Friedman, The New York Times

Whether it’s Zadie Smith’s exotic turban, James Joyce’s wire-framed glasses, or Samuel Beckett’s Wallabees, a writer’s attire often reflects the creative and spiritual essence of his or her work. As a non-linear sensibility has come to dominate modern style, curious trendsetters have increasingly found a stimulating muse in writers—many, like Joan Didion, whose personal aesthetic is distinctly "out of fashion." For decades, Didion has used her work, both her journalism and experimental fiction, as a mirror to reflect her innermost emotions and ideas—an originality that has inspired Millennials, resonated with a new generation of fashion designers and cultural tastemakers, and made Didion, in her eighties, the face of Celine in 2015.

Each entry spotlights an author and a signature wardrobe moment that expresses his or her persona, and reveals how it influences the fashion world today. Newman explores how the particular item of clothing or style has contributed to fashion’s lingua franca—delving deeper to appraise its historical trajectory and distinctive effect. Legendary Authors and the Clothes They Wore is an invaluable and engaging look at the writers we love—and why we love what they wear—that is sure to captivate lovers of great literature and sophisticated fashion.

“In this unique examination of legendary authors and their personal style, Newman provides rare intimacy with the likes of Beckett, Plath, Wilde, Donna Tartt and even Jacqueline Susann through anecdotes, archival photos, quotations and more.” - Indulge Magazine

“I cannot put this book down; it is absolute joy. I have laughed out loud so many times and there are photos of my favourite authors I’ve never seen before. Highly recommended.” - Lulu Guinness, Instagram, June 2017

“The most counterintuitive book of the summer thus far…. [Newman’s] surprisingly convincing thesis is that the sartorial choices authors make are deeply connected to the narrative choices they make — or, as Beckett put it, ‘the fabric of language’ they use.” - Vanessa Friedman, the New York Times

“The style quirks of 49 authors, from…writers like Virginia Woolf and the Fitzgeralds to Samuel Beckett and Gay Talese (who has worn bespoke suits since childhood).” - New York Magazine, The Cut

“The connection between the wardrobes and viewpoints of legendary writers may not seem at all obvious on first glance, but rifle through their drawers, and personalities appear and evolve. In Legendary Authors and the Clothes They Wore, you’ll meet legendary authors who wore their hearts and words on their sleeves.” - Elle.com

“Newman explores the fascinating relationship between literary icons and fashion. She profiles 50 writers in her new book, examining their style choices in the greater context of their lives and bodies of work.” - Paste Magazine

“ …makes a good case for studying authors’ sartorial choices…a chance to discover whose understated ensemble matches their minimalist prose, or who dressed-down on the daily, saving their flair for the page.” - Los Angeles Times

“’Where would fashion be without literature?’ Diana Vreeland once said. Somewhere far less interesting, contends Terry Newman in Legendary Authors and the Clothes They Wore. Because great writers are “originals,” their signature looks (like the minimalist flair of Newman’s cover girl, Joan Didion) have inspired designers through the ages.” - People Magazine

“A new book celebrates 50 of the most memorably stylish authors, from Oscar Wilde to Joan Didion. “Legendary Authors and the Clothes They Wore,” new from Terry Newman, offers gorgeous black-and-white photographs of writers who are as satisfying to look at as they are to read.” - Houston Chronicle

“… Intricate and poignant … Newman’s immensely enjoyable book ranges from the 19th century to the present and rearranges the literary canon with abandon to illuminating and sometimes comic effect…. The juxtapositions are playful but not trivial. Unsurprisingly, perhaps, the women and the gay men make the most interesting studies.” - The London Review of Books

“Didion and Knausgaard are among 50 writers whose style is explored in an engaging new book… Newman finds that clothing is a valuable form of self-expression: a strong look can take an author far beyond the cultural confines of the bookshelf.” - The Financial Times

“Who knew there were so many snappily dressed authors? From Donna Tartt’s glamorous tailoring ...to Tom Wolfe’s attention seeking three piece white suits, they’re featured, in all their sartorial glory in a new book that scampers past the sturm and drang of the books to the important stuff: clothes.” - Telegraph

“The essence of Newman’s book — and what’s most intriguing — is the way in which she highlights how much writers’ real-life fashion choices reveal about their prose and personality.” - Tory Burch Blog-Tory Daily

Rumpled writers are rarely associated with sartorial splendor, but this eye-opening peek into famous authors’ closets makes quite a fashion statement. - USA Today 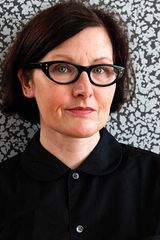 A former biomedical research scientist, one day Terry hung up his electron microscope and started writing jokes for radio, musicals, feature films, TV and the stage. He is especially known for his political satire, writing for several series of RORY BREMNER, WHO ELSE?, BREMNER, BIRD AND FORTUNE, DEAD RINGERS and THE WAY IT IS. His theatre work has won the 2004 Fringe Report Drama Writer of the Year and a Headline Highlight Award, and he was made a Writer in Residence at the Canal Café theatre. Terry spends his spare time happily writing songs in his summerhouse in sunny Sussex. He can be found on Twitter @adeadelf

Other Works by Terry Newman

Legendary Artists and the Clothes They Wore