The True Story of the Meeting that Changed History 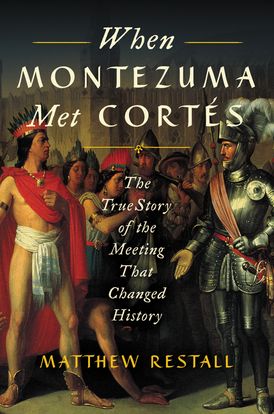 The True Story of the Meeting that Changed History

On November 8, 1519, the Spanish conquistador Hernando Cortés first met Montezuma, the Aztec emperor, at the entrance to the capital city of Tenochtitlan. This introduction—the prelude to the Spanish seizure of Mexico City and to European colonization of the mainland of the Americas—has long been the symbol of Cortés’s bold and brilliant military genius. Montezuma, on the other hand, is remembered as a coward who gave away a vast empire and touched off a wave of colonial invasions across the hemisphere.

But is this really what happened? In a departure from traditional tellings, When Montezuma Met Cortés uses “the Meeting”—as Restall dubs their first encounter—as the entry point into a comprehensive reevaluation of both Cortés and Montezuma. Drawing on rare primary sources and overlooked accounts by conquistadors and Aztecs alike, Restall explores Cortés’s and Montezuma’s posthumous reputations, their achievements and failures, and the worlds in which they lived—leading, step by step, to a dramatic inversion of the old story. As Restall takes us through this sweeping, revisionist account of a pivotal moment in modern civilization, he calls into question our view of the history of the Americas, and, indeed, of history itself.

“Restall has a well-earned reputation as a mythbuster in the history of the New World. . . . A lively, original, and readable book aimed at a wider audience. . . . A remarkable achievement.” - Wall Street Journal

“Blending erudition with enthusiasm, Restall has achieved a rare kind of work—serious scholarship that is impossible to put down.” - Publishers Weekly (starred review)

“A methodical deconstruction of the myths surrounding Hernando Cortés’ “Mexican conquest” and the surrender of Montezuma. . . . Throughout, Restall’s assertions are well-supported and difficult to refute, and the timeline that opens the book is particularly helpful. An engaging revisionist exploration of one of human history’s great lies.” - Kirkus

“A narrative that complicates our understanding of a history that, though well-known, is wrong in many of its details. In correcting it, Restall makes a fine contribution to the history of the New World, one that should inspire other re-evaluations of our cherished stories.” - Kirkus (online)

“Brilliant deep dive into the history and scholarship. . . . Through diligent research, Restall presents readers with a fascinating view of Montezuma, mounting a convincing argument that Cortes’ self-serving accounts and the traditional narrative are almost surely false.” - BookPage

“Matthew Restall illuminates every topic he touches. His new book is the best study ever--the subtlest, most sensitive, most challenging, and best-informed--on the conquest of Mexico.” - Felipe Fernández-Armesto, author of Columbus and Amerigo

“A new, startlingly persuasive picture of what actually happened during the Spanish Conquest, based on a radical question: What if the tough, canny leaders of these native military empires didn’t suddenly fold up like wet cardboard at the arrival of a couple of hundred bearded oddities from some faraway place?” - Charles Mann, author of 1491

“In a deeply learned history that reads like a detective story, Restall reveals the Gordian knot of myth and fiction that have long hidden the real history of the encounter between Montezuma and Cortes. The history of the Americas will never be the same.”  - Louis S. Warren, author of God’s Red Son:  The Ghost Dance Religion and the Making of Modern America 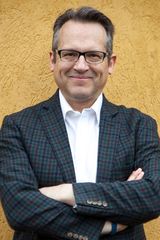 Matthew Restall is the Edwin Erle Sparks Professor of Latin American History and director of Latin American studies at Pennsylvania State University. He is president of the American Society for Ethnohistory, and has held fellowships from the Guggenheim Foundation, the Institute for Advanced Study at Princeton, the John Carter Brown Library, the Library of Congress, and the National Endowment for the Humanities. He has written twenty books and sixty articles and essays on the histories of the Mayas, of Africans in Spanish America, and of the Spanish Conquest. He lives in State College, Pennsylvania, with his wife and the youngest of his four daughters.

Other Works by Matthew Restall

A Book of Voyages