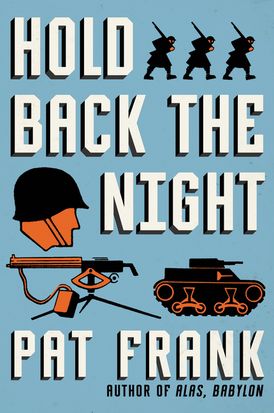 From the author of the classic Alas Babylon comes this riveting story of a Marine captain and his soldiers and their arduous, difficult retreat from Changjin Reservoir to Hungnam during the Korean War—a stirring portrait of courage and sacrifice, now back in print.

“These are not stragglers, sir. This is Dog Company…”

In Pat Frank’s classic 1951 war novel, one-hundred-twenty-six soldiers commence their long, harrowing journey at Changjin Reservoir during the height of the Korean War, but few will survive the grueling fight and eventually reach Hungnam. Vividly bringing to life the bravery, daring, and turmoil a unit of soldiers endures, Hold Back the Night reveals their gripping stories…

Captain Mackenzie, commander of Dog Company, not only bears the responsibility for victory or defeat, but also feels the full weight of the emotional toll that the war inevitably takes on him and his troops. His one consolation to inspire his band of soldiers to keep on going is an unopened bottle of Scotch that holds bittersweet memories of his wife who gave it to him as a gift.

Sergeant Ekland, a cocky, determined communications sergeant, is due for a battlefield promotion and longs for the day his tour is over so he can be reunited with his fiancée—that is if he makes it out of Korea alive.

Private Couzens, finds himself in a precarious situation with the enemy due to circumstances out of his control—a situation that causes his loyalties to come into question with his superiors.

As readers follow the lives of these men and the other unforgettable soldiers, Pat Frank’s epic novel of war, loss, and survival recounts a crucial chapter in American history.

“Frank’s intimate descriptions of military life during wartime, especially the differences separating enlisted men and their commanding officers, as well as the hardships they shared during that brutal winter, bring each page to life in graphic, harrowing detail.” - FantasyLiterature.com 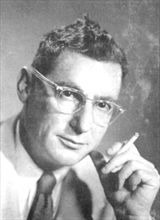