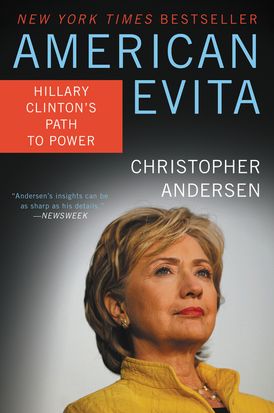 From the author of The Day Diana Died and The Day John Died comes this riveting New York Times bestseller that offers an in-depth, behind-the-scenes look at one of the most fascinating, and controversial, women in American political history—Hillary Clinton.

From the beginning, Hilary Rodham Clinton has drawn inevitable comparisons to Argentina's legendary Eva Perón. Sex, power, money, lies, scandal, tragedy, and betrayal defined the lives of both women. Yet most of what we know about Hillary is seen in the context of her tumultuous marriage to the 42nd President.

In the style of his #l New York Times bestsellers The Day Diana Died and The Day John Died, Christopher Andersen draws on important sources to paint a startling portrait of America's most controversial woman—the first woman ever considered a serious contender for the presidency. Among the revelations:

Whatever the ultimate judgment of history, the ongoing saga of Hillary Clinton's inexorable rise to power continues to stir passions, and to make her the American Evita. 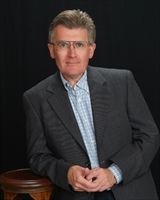 Christopher Andersen is the critically acclaimed author of twenty-eight books, which have been translated into more than twenty-five languages worldwide. A former contributing editor of Time magazine and senior editor of People magazine, Andersen has also written hundreds of articles for a wide range of publications, including Life magazine, the New York Times, and Vanity Fair.

Other Works by Christopher Andersen