The Murder, the Mystery, and the Missing DNA 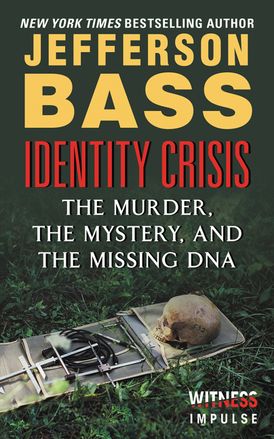 The Murder, the Mystery, and the Missing DNA

In 1978, 56-year-old Leoma Patterson left a bar in Clinton, Tennessee, and was never seen again. Six months later, a female skeleton was found on a wooded lakeshore in a neighboring county. The bones were consistent with those of the missing woman, and one of Patterson's daughters recognized a ring found at the death scene as her mother's. The bones were buried, and six years later, a relative of Patterson's—one of the men she was last seen alive with—confessed to killing her. Case closed.

But the tentative identification—made years before DNA testing was available to confirm it—failed to convince some of Patterson's relatives. And so it was that in 2005 Dr. Bass found himself winding around hairpin curves to the mountainside grave, where he would unearth the disputed remains and collect DNA samples. The forensic twists and turns that followed would test the limits of DNA technology … and of Dr. Bass's half-century of forensic knowledge.

Jefferson Bass is the writing team of Jon Jefferson and Dr. Bill Bass. Dr. Bass, a world-renowned forensic anthropologist, is the creator of the University of Tennessee's Anthropology Research Facility, widely known as the Body Farm. He is the author or coauthor of more than two hundred scientific publications, as well as a critically acclaimed memoir about his career at the Body Farm, Death's Acre. Dr. Bass is also a dedicated teacher, honored as U.S. Professor of the Year by the Council for Advancement and Support of Education. Jon Jefferson is a veteran journalist, writer, and documentary filmmaker. His writings have been published in the New York Times, Newsweek, USA Today, and Popular Science and broadcast on National Public Radio. The coauthor of Death's Acre, he is also the writer and producer of two highly rated National Geographic documentaries about the Body Farm.

Other Works by Jefferson Bass

Cut to the Bone