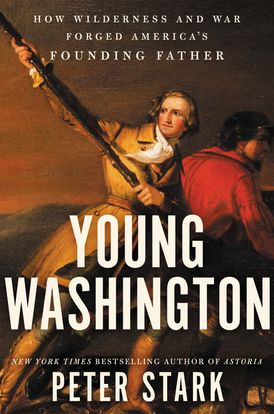 A new, brash, and unexpected view of the president we thought we knew, from the bestselling author of Astoria

Two decades before he led America to independence, George Washington was a flailing young soldier serving the British Empire in the vast wilderness of the Ohio Valley. Naïve and self-absorbed, the twenty-two-year-old officer accidentally ignited the French and Indian War—a conflict that opened colonists to the possibility of an American Revolution.

With powerful narrative drive and vivid writing, Young Washington recounts the wilderness trials, controversial battles, and emotional entanglements that transformed Washington from a temperamental striver into a mature leader. Enduring terrifying summer storms and subzero winters imparted resilience and self-reliance, helping prepare him for what he would one day face at Valley Forge. Leading the Virginia troops into battle taught him to set aside his own relentless ambitions and stand in solidarity with those who looked to him for leadership. Negotiating military strategy with British and colonial allies honed his diplomatic skills. And thwarted in his obsessive, youthful love for one woman, he grew to cultivate deeper, enduring relationships.

By weaving together Washington’s harrowing wilderness adventures and a broader historical context, Young Washington offers new insights into the dramatic years that shaped the man who shaped a nation.

“Young Washington is supremely entertaining: the pacing superb, the descriptions of conflict and wilderness travails rousing. . . . A worthy addition to the shelf of Washington biographies.” - Wall Street Journal

“Lively, well-researched . . . . A discerning history of pre-Revolutionary America and the man who shaped its future.” - Kirkus Reviews

“Stark puts his background as an adventure writer to good use, bringing thrilling immediacy and literary flair to George Washington’s youthful exploits as a Western surveyor and eventual participant in the French and Indian War.” - Publishers Weekly

“This is colorful history, bringing to life a period in which Washington, despite serious illness, matured and began demonstrating the skills that led to his later military triumphs and his quiet leadership as president.” - Booklist

“Forget the idea of a musty history tome; this is a gripping, cinematic adventure tale that made me envious of not just young George Washington’s exploits, but Peter Stark’s ability to make them so real and immediate.” - Carl Hoffman, author of Savage Harvest

“Stark brings to vivid life a series of critical turning points in the career of a youthful George Washington in search of himself and his role in history. A portrait of greatness in the making.” - Laurence Bergreen, author of Over the Edge of the World: Magellan’s Terrifying Circumnavigation of the Globe and Columbus: The Four Voyages

“A provocative, inspiring, and disarmingly honest examination of how the character of America’s greatest general and president was forged, tempered, and polished inside the crucible of what defined America during its dark and promising moment of emergence: the wilderness, the land itself.” - Kevin Fedarko, author of The Emerald Mile

“Prodigiously researched, engagingly written, and wonderfully evocative of time and place, this insightful analysis of how the French and Indian War shaped George Washington’s thinking, character, and reputation is first-rate.  Once again, Peter Stark has demonstrated his exceptional scholarly talents.” - LeRoy Ashby, Regents Professor Emeritus of History, Washington State University and author of With Amusement for All

“A thrilling adventure that vaults the reader into the dangerous and volatile frontier world that indelibly shaped Washington’s life and leadership.” - David Preston, Professor of History, The Citadel, and author of Braddock’s Defeat 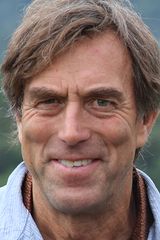 Peter Stark is a historian and adventure writer. He is the author of the New York Times bestseller Astoria, along with The Last Empty Spaces, Last Breath, and At the Mercy of the River. He is a correspondent for Outside magazine, has written for Smithsonian and The New Yorker, and is a National Magazine Award nominee. He lives in Montana with his wife and children.

Other Works by Peter Stark