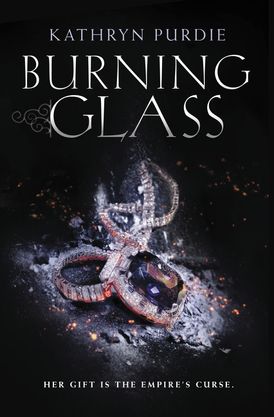 Red Queen meets Shadow and Bone in this #1 New York Times bestselling debut about a girl forced to use her gift for sensing—and absorbing—other people’s feelings to protect the empire from assassins.

Steeped in intrigue and betrayal, Burning Glass captivates with heartrending romance, dangerous magic, and one girl’s quest for redemption.

In Riaznin, it’s considered an honor for Auraseers like Sonya—girls with a rare form of synesthesia—to serve as the emperor’s personal protector, constantly scanning for feelings of malice and bloodlust in the court. But Sonya would rather be free.

After the queen’s murder and a tragic accident, Sonya is hauled off to the palace to guard a charming yet volatile new ruler. But Sonya’s power is reckless and hard to control. She’s often carried away by the intense passion of others.

And when a growing rebellion forces Sonya to side with either the emperor who trusts her or his mysterious brother, the crown prince, Sonya realizes she may be the key to saving the empire—or its greatest threat.

“Filled with mystery and intrigue, betrayal and passion, Purdie’s political debut will sweep readers away to a world that is not that different from their own.” - School Library Journal

“Richly imagined, compelling, and darkly romantic, this book will leave you begging for more!” - Sara B. Larson, author of the Defy trilogy

“I feel like BURNING GLASS has catered to all of my YA book needs: Russian-flavored fantasy, a neat but not overly complicated magic system, a flawed but wonderful heroine, and the only kind of love triangle I can enjoy (one involving competing brothers!)” - Allison Senecal, Old Firehouse Books 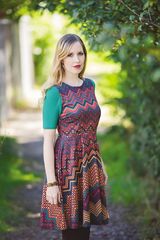 Kathryn Purdie lives near Salt Lake City, Utah, with her husband and three children. Kathryn is a trained classical actress who studied at the Oxford School of Drama and was inspired to write her debut trilogy while recovering from donating a kidney to her older brother. www.kathrynpurdie.com.

Other Works by Kathryn Purdie