The Story of Globalization Through Ten Extraordinary Lives 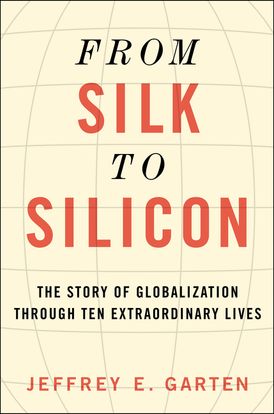 The Story of Globalization Through Ten Extraordinary Lives

The story of globalization, the most powerful force in history, as told through the life and times of ten people who changed the world by their singular, spectacular accomplishments.

This is the first book to look at the history of globalization through the lens of individuals who did something transformative, as opposed to describing globalization through trends, policies, or particular industries. From Silk to Silicon tells the story of who these men and women were, what they did, how they did it and how their achievements continue to shape our world today. They include:

• Genghis Khan, who united east and west by conquest and by opening new trade routes built on groundbreaking transportation, communications, and management innovations.

• Mayer Amschel Rothschild, who arose from an oppressive Jewish ghetto to establish the most powerful bank the world has seen, and ushered in an era of global finance.

• Cyrus Field, who became the father of global communications by leading the effort to build the transatlantic telegraph, the forerunner to global radio, TV, and the worldwide Internet.

• Andy Grove, a Hungarian refugee from the Nazis who built the company—Intel—that figured out how to manufacture complex computer chips on a mass, commercial scale and laid the foundation for Silicon Valley’s computer revolution.

Through these stories Jeffrey E. Garten finds the common links between these figure and probes critical questions including: How much influence can any one person have in fundamentally changing the world? And how have past trends in globalization affected the present and how will they shape the future? From Silk to Silicon is an essential book to understanding the past—and the future—of the most powerful force of our times.

“Succinct, erudite and entertaining, From Silk to Silicon is a most original account of the genesis of globalization.” - Ernesto Zedillo Ponce de León, former President of Mexico and Director of the Yale Center for the Study of Globalization

“Garten compellingly recounts how ten individuals helped shape the modern world, reminding us of the possibilities begat by transformative leadership.” - Dr. Henry A. Kissinger, former U. S. Secretary of State

“This is a tale of globalization and leadership that is both sweeping and personal. By focusing on ten transformational people, it shows how individuals can affect the flow of history. It’s a guide to the future as well as to the past.” - Walter Isaacson, author of Steve Jobs, Einstein, and Benjamin Franklin

“Jeffrey Garten has brilliantly updated Thomas Carlyle’s Great Man Theory of History in his gallery of transformative figures, notably including a woman, who have spurred globalization. A tour-de-force–imaginative, informative and just plain fun to read.” - STROBE TALBOTT, president of The Brookings Institution, former U.S. deputy secretary of state, and former editor-at-large, TIME Magazine 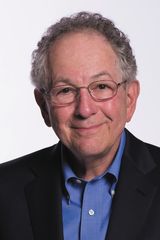 Jeffrey E. Garten teaches courses on the global economy at the Yale School of Management, where he was formerly the dean. He has held senior positions in the Nixon, Ford, Carter, and Clinton administrations, and was a managing director of Lehman Brothers and the Blackstone Group on Wall Street. His articles have appeared in the New York Times, the Wall Street Journal, the Financial Times, Foreign Affairs, Foreign Policy, BusinessWeek, and the Harvard Business Review, and he is the author of four previous books on global economics and politics.

Other Works by Jeffrey E. Garten