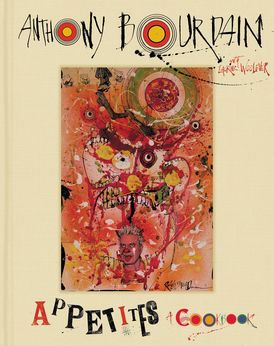 Written with the no-holds-barred ethos of his beloved series, No Reservations and Parts Unknown, the celebrity chef and culinary explorer’s first cookbook in more than ten years—a collection of recipes for the home cook.

Anthony Bourdain is a man of many appetites. And for many years, first as a chef, later as a world-traveling chronicler of food and culture on his CNN series Parts Unknown, he has made a profession of understanding the appetites of others. These days, however, if he’s cooking, it’s for family and friends.

Appetites, his first cookbook in more than ten years, boils down forty-plus years of professional cooking and globe-trotting to a tight repertoire of personal favorites—dishes that everyone should (at least in Mr. Bourdain’s opinion) know how to cook. Once the supposed "bad boy" of cooking, Mr. Bourdain has, in recent years, become the father of a little girl—a role he has embraced with enthusiasm. After years of traveling more than 200 days a year, he now enjoys entertaining at home. Years of prep lists and the hyper-organization necessary for a restaurant kitchen, however, have caused him, in his words, to have "morphed into a psychotic, anally retentive, bad-tempered Ina Garten."

The result is a home-cooking, home-entertaining cookbook like no other, with personal favorites from his own kitchen and from his travels, translated into an effective battle plan that will help you terrify your guests with your breathtaking efficiency.

“In what might be his most accessible book yet, Bourdain reveals his “Ina Garten-like need to feed the people around me” with a terrific collection of recipes for family and friends.” — Publishers Weekly (starred review)

“Bourdain is back with his inimitable voice-funny, foul-mouthed, and unapologetically opinionated-in this tightly curated collection of recipes…a cookbook that should be on every library’s food shelves.” — Booklist (starred review)

“APPETITES, in addition to presenting an eclectic, expletive-laden portrait of one’s family’s fare, is also a really great cookbook.” — BookForum

Anthony Bourdain was the author of the novels Bone in the Throat and Gone Bamboo, the memoir A Cook’s Tour, and the New York Times bestsellers Kitchen Confidential, Medium Raw, and Appetites. His work appeared in the New York Times and The New Yorker. He was the host of the popular television shows No Reservations and Parts Unknown. Bourdain died in June 2018.

Laurie Woolever is a writer and editor, and spent nearly a decade assisting Anthony Bourdain, with whom she coauthored the cookbook Appetites in 2016. She’s written about food and travel for the New York Times, GQ, Food & Wine, Lucky Peach, Saveur, Dissent, Roads & Kingdoms, and others, and has worked as an editor at Art Culinaire and Wine Spectator.

Other Works by Laurie Woolever