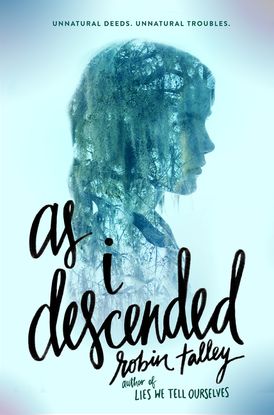 From the acclaimed author of Lies We Tell Ourselves, Robin Talley, comes a Shakespeare-inspired story of revenge and redemption, where fair is foul, and foul is fair.

Maria Lyon and Lily Boiten are their school’s ultimate power couple—but one thing stands between them and their perfect future: campus superstar Delilah Dufrey. Golden child Delilah is a legend at exclusive Acheron Academy, and the presumptive winner of the distinguished Cawdor Kingsley Prize.

But Delilah doesn’t know that Lily and Maria are willing to do anything—absolutely anything—to unseat Delilah for the scholarship. After all, it would lock in Maria’s attendance at Stanford—and assure her and Lily four more years in a shared dorm room.

Together, Maria and Lily harness the dark power long rumored to be present on the former plantation that houses their school. But when feuds turn to fatalities, and madness begins to blur the distinction between what’s real and what’s imagined, the girls must attempt to put a stop to the chilling series of events they’ve accidentally set in motion.

“... A devastating marriage of the stunningly unexpected with the maddeningly inevitable. This adaptation’s bewitching intrigues and enthralling deceptions will whet the daggers of any reader’s mind.” - Kirkus Reviews (starred review)

“Talley creates a dark and twisted gothic boarding school setting replete with vengeful spirits, drugs, and suicide in this Shakespeare-inspired tragedy… that lulls readers into a false sense of security while setting them up for the next chilling event.” - Publishers Weekly

“An intriguing, appropriately atmospheric take on one of Shakespeare’s most spine-tingling plays.” - Booklist

“Those familiar with the source material will not be surprised at how the story plays out, but knowing the eventual outcomes does not diminish Talley’s dark tale about fate and ambition… Highly recommended.” - School Library Journal

“Fans of horror will find that Talley comes up with some genuinely creepy scares, and her Shakespeare-inspired story is solid and compelling.” - Voice of Youth Advocates (VOYA) 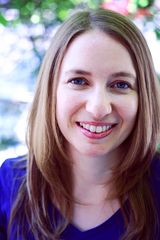 Robin Talley grew up in Roanoke, Virginia, writing terrible teen poetry and riding a desegregation bus to the school across town. A Lambda Literary Fellow, Robin lives in Washington, D.C., with her fiancée, plus an antisocial cat and a goofy hound dog. When Robin’s not writing, she’s often planning communication strategies at organizations fighting for equal rights and social justice. You can find her on the web at www.robintalley.com or on Twitter at @robin_talley.

Other Works by Robin Talley

The Love Curse of Melody McIntyre