Unlocking the Ancient Science of Enlightenment 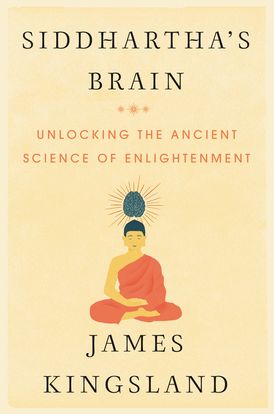 Unlocking the Ancient Science of Enlightenment

By the longtime Guardian science journalist, a groundbreaking exploration of the science of enlightenment and mental wellness, illuminated by twin perspectives, ancient and modern: the spiritual wisdom of Siddhartha Gautama and the revelations of today’s scientists, who are confirming the Buddha’s profound insights into the human mind

In the fifth century BCE, in northern India, Siddhartha, the wandering sage who became the Buddha, developed a program, rooted in meditation and mindfulness, for mastering the mind and achieving lasting peace and contentment. Twenty-five centuries later, humans have transformed everything about our world—except our brains, which remain the same powerful yet flawed instruments possessed by our ancestors. What if the solution we seek to the psychological problems of life in the digital age—distraction, anxiety, addiction, loss of deep meaning—had already been worked out by the Buddha in ancient India? Appealing to readers of Eastern wisdom and Jon Kabat-Zinn, as well as to fans of bestsellers by Oliver Sacks and Malcolm Gladwell, acclaimed science writer and practicing Buddhist James Kingsland reveals how scientists are now unlocking the remarkable secrets of Siddhartha’s brain.

Moving effortlessly between science and scripture, Kingsland charts Siddhartha’s spiritual journey and explains how new research by leading neuroscientists and clinical psychologists—many of whom are interviewed in these pages—suggests that mindfulness practice reconfigures our brains to make us sharper, smarter, healthier, and happier, and that it can help treat stress, anxiety, depression, chronic pain, hypertension, and substance abuse. There have even been hints that meditation can enhance immune function, slow cellular aging, and keep dementia at bay. Featuring six guided meditations, Siddhartha’s Brain is a practical and inspiring odyssey of mind and spirit.

“Our life is shaped by our mind; we become what we think.”—Siddhartha

“Fascinating. ... Whether you’re a skeptic or a true believer, exploring Siddhartha’s brain offers compelling insights and invites further questions about the potential of the human mind.” - Chicago Tribune

“Impressive. ... Even readers well steeped in the sutras will likely come away having learned something new.” - Tricycle: The Buddhist Review

“Reveals not only how mindfulness meditation can rewire the human brain and help us achieve a sense of spiritual fulfillment but also how we can easily integrate the practice into our daily lives.” - Scientific American

“[A] fascinating exploration of the neuroscience behind meditation. ... Kingsland skillfully dives in and out of various subjects -- the neurological relaxation response to meditation, the difference between pain and suffering, emotional regulation -- and effectively paints a neurological picture of the mind without devaluing Buddhism’s spiritual image of cognition.” - Publishers Weekly

“It’s a pleasure to read Siddhartha’s Brain. ... A smart, accessible balance of philosophical teachings and brain science and how meditation can relate to everything from addiction to Alzheimer’s disease.” - Lisa Ko, author of The Leavers

“Brain science and Buddhist lore combine in this compelling treatise on the benefits of meditation and mindfulness.” - Kirkus Reviews

“Kingsland expertly weaves the story and teachings of the Buddha with clinical and scientific research to engage in a highly readable examination of the benefits of mindfulness and meditation. ... A satisfying read.” - Library Journal (starred review) 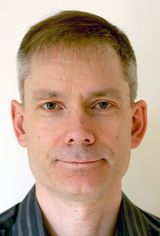 James Kingsland is a science and medical journalist with twenty-five years of experience working for publications such as New Scientist, Nature, and most recently the Guardian (UK), where he was a commissioning editor and a contributor for its Notes & Theories blog. On his own blog, Plastic Brain, he writes about neuroscience and Buddhist psychology.

Other Works by James Kingsland

Down to the River and Up to the Trees: Discover the hidden nature on your doorstep

The Inner Beauty Bible: Mindful rituals to nourish your soul