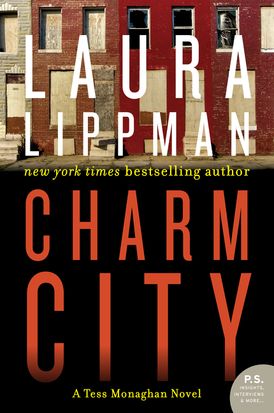 In New York Times bestselling author Laura Lippman’s electrifying thriller, PI Tess Monaghan discovers she might’ve gotten herself into a dangerous situation for which there’s no way out. . . .

PI Tess Monaghan is ecstatic to hear the news that business tycoon Gerard “Wink” Wynkowski wants to bring pro-basketball back to Baltimore. But when Wink’s checkered past—which runs the gamut from domestic abuse and compulsive gambling to armed robberies and even manslaughter—makes the front page of the Baltimore Beacon-Light, aka the “Blight” his project is jeopardized. No one is more surprised at the exposé than the editors of the paper who were certain they killed the piece. Hoping to uncover who hacked into their computers, the newspaper hires Tess.

But soon after the story on Wink runs, he’s found asphyxiated in his garage with his car’s engine running. Suicide appears to be the cause of his death—and everyone is blaming the “Blight” for airing his dirty laundry and sending him into the downward spiral that led to his demise. But the more Tess uncovers about Wink, the more she’s convinced that someone with an axe to grind wanted him dead and was willing to go as far as murdering him.

And if this all weren’t enough to keep her plate full, Tess must also find the lowlifes who roughed up her uncle—the same men who are intent on getting back a prized Greyhound dog which she’s currently looking after while her uncle recuperates. Now as Tess’s PI skills are put to the ultimate test, she must stay one step ahead of a diabolical

Laura Lippman was a reporter for twenty years, including twelve years at the Baltimore Sun. She is the author of eleven Tess Monaghan books including Baltimore Blues, Another Thing to Fall, and The Girl in the Green Raincoat; five stand- alone novels, including Every Secret Thing, Life Sentences and Don’t Look Back; and a short story collection. She has won numerous awards for her work including the Edgar, Quill, Anthony, Nero Wolfe and Agatha awards. To find out more about Laura visit www.lauralippman.com.