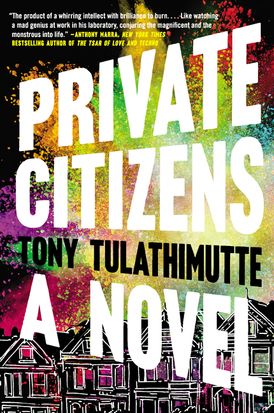 From a brilliant new literary talent comes a sweeping comic portrait of privilege, ambition, and friendship in millennial San Francisco. With the social acuity of Adelle Waldman and the murderous wit of Martin Amis, Tony Tulathimutte’s Private Citizens is a brainy, irreverent debut—This Side of Paradise for a new era.

Capturing the anxious, self-aware mood of young college grads in the aughts, Private Citizens embraces the contradictions of our new century: call it a loving satire. A gleefully rude comedy of manners. Middlemarch for Millennials. The novel's four whip-smart narrators—idealistic Cory, Internet-lurking Will, awkward Henrik, and vicious Linda—are torn between fixing the world and cannibalizing it. In boisterous prose that ricochets between humor and pain, the four estranged friends stagger through the Bay Area’s maze of tech startups, protestors, gentrifiers, karaoke bars, house parties, and cultish self-help seminars, washing up in each other’s lives once again.

A wise and searching depiction of a generation grappling with privilege and finding grace in failure, Private Citizens is as expansively intelligent as it is full of heart.

“It may well be time that we start asking whose writing will populate the ‘millennial canon.’ Tony Tulathimutte’s debut novel, Private Citizens, is the answer to that question.” — Village Voice

“[A] hilarious portrait of youthful self-centeredness.” — The Paris Review

“Private Citizens succeeds on the charm of its verisimilitude and the brilliance of its observations.” — SF Weekly

“Private Citizens is the product of a whirring intellect with brilliance to burn...Reading Tony Tulathimutte is like watching a mad genius at work in his laboratory, conjuring the magnificent and the monstrous into life.” — Anthony Marra, New York Times-bestselling author of The Tsar of Love and Techno and A Constellation of Vital Phenomena

“We know millennials as bogeychildren of alarmist trend pieces and the catchall hand-wringing of an aging commentariat. Tulathimutte is on the front line of writers showing that they’re also worthy heroes and heroines of the American novel.” — Vulture

“Tony Tulathimutte’s brilliant debut novel is hilarious and heartbreaking all at once--a spot-on, satifical portrait of modern San Francisco and the privilege that inhabits it...Brimming with wit and heart, Private Citizens is an impressive debut from a sharp new voice.” — Buzzfeed

“Private Citizens is a combustible combination of acrobatic language, dead-on observations and hilarious, heartbreaking storytelling. Tulathimutte has created characters that are hard to forget--first they’ll make you want to strangle them, then you’ll end up falling in love with them.” — Angela Flournoy, National Book Award finalist and author of The Turner House

“If Evelyn Waugh and Tom Wolfe had a baby, one who wrote sensibly about the subset of people that Dave Eggers has written about whimsically, that baby would probably be Tony Tulathimutte.” — Paris Review

“[A] razor-sharp debut...Witty, unsparing, and unsettlingly precise, Tulathimutte empathizes with his subjects even as he (brilliantly) skewers them. A satirical portrait of privilege and disappointment with striking emotional depth.” — Kirkus Reviews (starred review)

“A hilarious and gutsy novel that does the braver thing, reinvesting the world we know with humanity. Tony Tulathimutte’s satire cuts deep, bur has a tender belly--and this book will leave you raw with feeling and aching at the ribs.” — Alexandra Kleeman, author of You Too Can Have A Body Like Mine

“Tony Tulathimutte is a virtuoso of words... [his] writing edifies and entertains in language that’s highbrow yet unwholesome-gourmet junk food, like the cereal-milk-flavored soft-serve at Momofuku Milk Bar.” — Vice.com

“Private Citizens is a freak of literature--a novel so authentic, hilarious, elegantly plotted, and heartbreaking that I’d follow it anywhere. Tony Tulathimutte is a singular intellect with an uncanny 40/20 vision on the world.” — Jennifer duBois, author of Cartwheel and A Partial History of Lost Causes

“Tony Tulathimutte writes sentences with a reckless verve that reminds one of the best of David Foster Wallace. He’s a major American talent.” — Karan Mahajan, author of Family Planning and The Association of Small Bombs

“Private Citizens is my favorite kind of novel...It enchants, entertains...makes me laugh my ass off, and never, ever doubts my intelligence.” — Benjamin Hale, author of The Evolution of Bruno Littlemore

“Tulathimutte exhibits a talent for satire, and a willingness to embrace brutal reality and outright absurdity.” — Publishers Weekly

“Tony Tulathimutte’s militantly ironic debut novel, Private Citizens, is set in San Francisco during a golden hour for upper millennials...[It] takes its title as a paradox, or as a challenge...The one thing the novel can still do better than other art forms is represent inner life...Tulathimutte’s realism tends to be hysterical as in ha ha...I was riddled by Tulathimutte’s ending.” — Sarah Nicole Prickett in Bookforum 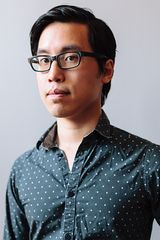 Tony Tulathimutte has written for VICE, AGNI, The Threepenny Review, Salon, The New Yorker online, and other publications. A graduate of the Iowa Writers’ Workshop and Stanford University, he has received an O. Henry Award and a MacDowell Colony Fellowship. He lives in New York.

Other Works by Tony Tulathimutte