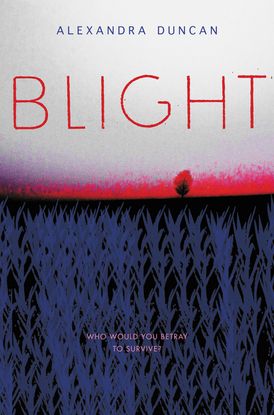 When an agribusiness facility producing genetically engineered food releases a deadly toxin into the environment, seventeen-year-old Tempest Torres races to deliver the cure before time runs out.

From the author of the acclaimed American Booksellers Association’s Indies Introduce pick Salvage, which was called “Brilliant, feminist science fiction” by Stephanie Perkins, the internationally bestselling author of Anna and the French Kiss. This stand-alone action-adventure story is perfect for fans of Oryx and Crake and The House of the Scorpion.

Seventeen-year-old Tempest Torres has lived on the AgraStar farm north of Atlanta, Georgia, since she was found outside its gates at the age of five. Now she’s part of the security force guarding the fence and watching for scavengers—people who would rather steal genetically engineered food from the Company than work for it. When a group of such rebels accidentally sets off an explosion in the research compound, it releases into the air a blight that kills every living thing in its path—including humans. With blight-resistant seeds in her pocket, Tempest teams up with a scavenger boy named Alder and runs for help. But when they finally arrive at AgraStar headquarters, they discover that there’s an even bigger plot behind the blight—and it’s up to them to stop it from happening again.

Inspired by current environmental issues, specifically the genetic adjustment of seeds to resist blight and the risks of not allowing natural seed diversity, this is an action-adventure story that is Margaret Atwood’s Oryx and Crake meets Nancy Farmer’s House of the Scorpion.

“Duncan’s knack for character development shines through as Tempest is steadily exposed to the darker side of AgraStar...well-paced and intelligently written...A thoughtful and sensitive exploration of corrupt powers and personal responsibility, especially in today’s stormy political climate.” - Kirkus Reviews

“Tempest is portrayed as strong and confident...Fans of dystopian fiction should find the premise and characters compelling.” - Voice of Youth Advocates (VOYA)

“Salvage is the book I’ve been waiting for—kick-ass, brilliant, feminist science fiction. Watch out, world. Alexandra Duncan has arrived.” - Stephanie Perkins, internationally bestselling author of Anna and the French Kiss and Lola and the Boy Next Door

“Readers will find Tempest’s story engaging and believable as the plot line twists and turns from survival story to conspiracy theory. The science fiction elements are strong...Readers who also enjoyed the “Maze Runner Series” by James Dashner...will nosh on this title.” - School Library Journal 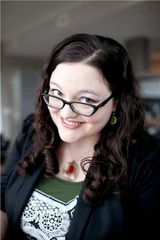