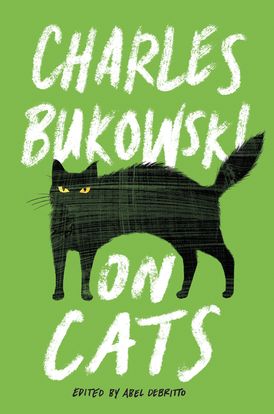 A raw and tenderly funny look at the human-cat relationship, from one of our most treasured and transgressive writers.

“The cat is the beautiful devil.”

Felines touched a vulnerable spot in Charles Bukowski’s crusty soul. For the writer, there was something majestic and elemental about these inscrutable creatures he admired, sentient beings whose searing gaze could penetrate deep into our being. Bukowski considered cats to be unique forces of nature, elusive emissaries of beauty and love.

On Cats offers Bukowski’s musings on these beloved animals and their toughness and resiliency. He honors them as fighters, hunters, survivors who command awe and respect as they grip tightly onto the world around them: “A cat is only ITSELF, representative of the strong forces of life that won’t let go.”

Funny, moving, tough, and caring, On Cats brings together the acclaimed writer’s reflections on these animals he so admired. Bukowski’s cats are fierce and demanding—he captures them stalking their prey; crawling across his typewritten pages; waking him up with claws across the face. But they are also affectionate and giving, sources of inspiration and gentle, insistent care.

Poignant yet free of treacle, On Cats is an illuminating portrait of this one-of-a-kind artist and his unique view of the world, witnessed through his relationship with the animals he considered his most profound teachers.

“This anthology of [Bukowski’s] poems and short prose honors the animals that touched his soul. Bukowski captures the spirit of his own pet cats as fighters, hunters and survivors, including photos of himself with his charges.” - Lisa Ko, author of The Leavers

“When Time magazine dubbed poet Charles Bukowski (1920-1994) the ‘laureate of the lowlife,’ it’s doubtful they were referring to felines. Yet On Cats collects his musings on this enigmatic creature never fluffy and cute in his hands.” - Newsday

“Would you have guessed the hard-drinking writer whose life inspired the film ‘Barfly’ would have a soft spot for felines? Editor Abel Debritto has pulled together Bukowski poems and prose about cats, friendly and respectful but not gooey - and given Bukowski’s other preoccupations, not for kids.” - Milwaukee Journal Sentinel

“Acclaimed writer Charles Bukowski turns his signature eye on the world of felines. A series of essays and poems all about cats, Bukowski’s classic funny and frank tone becomes, at times, even endearing as he explores and honors the majestic creatures and our relationship with them.” - Bustle

“Photos throughout show the author’s delight in his pets-which just might inspire cat-lovers to become Bukowski fans, and vice versa. On Cats would be a meaningful gift for either, or both.” - Book Page

“Cat fanatics and fans of Charles Bukowski, you now have something in common. Bukowski heralds the feline through his powerful words with a touch of humor, although the book never makes fun of the animal that he calls ‘the beautiful devil.’” - Brit & Co

“If you know those souls who treasure, endure and delight in both cats and life - you lucky kings and queens of literature loving crowd - this is the book for you.” - The Review Broads

“A treat for any Bukowski fan.” - Entertainment Realm 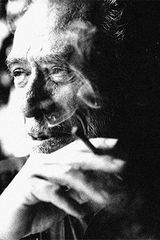 The Pleasures of the Damned

South of No North