Love and Other Wounds 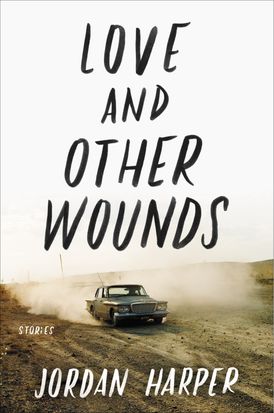 Love and Other Wounds

In the hard-edged tradition of Hubert Selby Jr., Daniel Woodrell, and Donald Ray Pollock, and with the fresh, complex humanity of Breaking Bad and Reservoir Dogs, a blistering debut collection that unsparingly confronts the extreme, brutal parts of the human heart.

A man runs away from his grave and into a maelstrom of bullets and fire. A Hollywood fixer finds love over the corpse of a dead celebrity. A morbidly obese woman imagines a new life with the jewel thief who is scheming to rob the store where she works. A man earns the name “Mad Dog” and lives to regret it.

Denizens of the shadows who live outside the law—from the desolate meth labs of the Ozark Mountains to the dog-fighting rings of Detroit to the lavish Los Angeles mansions of the rich and famous—the characters in Love and Other Wounds all thirst for something seemingly just beyond their reach. Some are on the run, pursued by the law or propelled relentlessly forward by a dangerous past that is disturbingly close. Others are searching for a semblance of peace and stability, and even love, in a fractured world defined by seething violence and ruthless desperation. All are bruised, pushed to their breaking point and beyond, driven to extremes they never imagined.

Crackling with cinematic energy, raw and disquieting yet filled with pathos and a darkly vital humor, Love and Other Wounds is an unforgettable debut from an electrifying new voice.

“With Love and Other Wounds, Jordan Harper achieves the rarest of literary feats: an economy of language that manages to both concentrate and expand. His starkly beautiful take on the wide-eyed and downtrodden stabs at the heart of the American Dream.” - Joe Clifford, author of Junkie Love and Lamentation

“Jordan Harper is one of the best short story writers of this generation.” - Todd Robinson

“Each one of the stories in Harper’s slim debut collection goes off like a shotgun blast of crime fiction tropes... the entire collection is a tight, tough parcel of pulpy, high-octane tales.” - Publishers Weekly

“Raw, gritty, and unsettling... VERDICT: As he runs, John’s mouth ‘felt full of hot pennies,’ and every story here is a hot penny worth much more. For fans of Cormac McCarthy, Daniel Woodrell, and Bruce Machart.” - Library Journal

“Bottom-line survival competes hard against issues of loyalty, friendship, and family in this disturbing, sometimes-ugly version of reality.” - Kirkus Reviews

“With his first collection of short stories, Love and Other Wounds, Missouri-native Jordan Harper kicks the door of crime fiction off its splintered frame.” - Publishers Weekly

“What sets Harper apart is his ability to deliver genuine literary epiphanies...Harper delivers tension, action, black humor, sex, and violence-but, above all, characters we quickly know, understand, and still remember even after their brains have painted the walls.” - Booklist

“His words hit with the impact of a shotgun blast and tear at any sense of security like an angry Rottweiler.” - Los Angeles Magazine

“[A] young writer that will probably only remain under the radar for a short time… Jordan Harper’s Love and Other Wounds hits you like the smooth burn of a shot of whiskey, awakens your senses, and is an all-around, visceral tour de force.” - Huffington Post

“Harper brings his own skewed eye and ear to what he calls ‘that country-grit subculture’… Harper’s stories are relentlessly violent, but he seasons the violence with compassion for his characters’ fates.” - Shelf Awareness

“To be blunt, there really isn’t a misstep in the entire bunch.” - Lit Reactor

A gritty collection of short stories about people with murder on their minds. Why we’re reading: Harper’s unforgettable characters, who include a jewel thief, a Hollywood fixer, and a man who escapes his own grave.” - Esquire.com 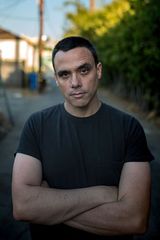 Jordan Harper was born and educated in Missouri. He has been a music journalist, film critic, and TV writer. He lives in Los Angeles.

Other Works by Jordan Harper