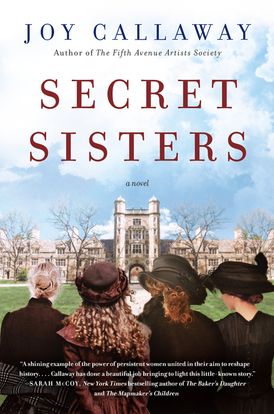 From the author of The Fifth Avenue Artists Society comes this unforgettable historical novel based on the founding of the country's first sororities.

Illinois, 1881: Whitsitt College sophomore Beth Carrington has two goals to fulfill by the time she graduates: obtain a medical degree, and establish a women’s fraternity, Beta Xi Beta, that will help young women like herself to connect with and support one another while attending the male-dominated Whitsitt.

Neither is an easy task. The sole female student in the physicians’ program, Beth is constantly called out by her professors and peers for having the audacity not to concentrate on a more “fitting” subject like secretarial studies. Meanwhile, secret organizations are off-limits, and simply by crowding together in a dank basement room and creating a sense of camaraderie, she and her small group of fraternity sisters risk expulsion.

In order to have the fraternity recognized, she knows she needs help. She turns to the most powerful student on campus: senior Grant Richardson, Iota Gamma fraternity president and the scion of a Whitsitt family—a man she’s only acquainted with because of her longstanding friendship with his fraternity brother Will Buchannan. Staunchly traditional, Grant doesn’t see the purpose of this women’s organization, but captivated by Beth, he agrees to give her a helping hand. What she doesn’t know is how many will stop at nothing to keep her burgeoning organization out of the record books—and who she can actually trust along the way.

As Beth fights for her beloved Beta Xi Beta to be recognized, she will uncover deep secrets about the college and those who surround her, and will have to put both love and friendship on the line so that history can be made.

“This compulsive, feminist read is a rich drama showcasing the disparity between men and women, rich and poor, on a 19th century college campus. The atmosphere of the era feels authentic and draws readers into college life while immersing them in the characters’ experiences.” - RT Book Reviews

“Callaway’s historical details are fantastic. The way medical theory was used to classify women as inferior to men is absurd but also frightening in its honest portrayal. . . Secret Sisters is an intriguing story about intelligent women, perseverance, and the bonds of friendship.” - The Historical Novel Society

“Joy Callaway’s Secret Sisters is an elegant book with enormous heart. The meticulously researched story inspired by the real women who dared to pave the way for sororities in America, is packed full of friendship, romance and betrayal, but is ultimately about the power of a community of women. You’ll fly through this perfect summer read, and fall in love with the sisters of Beta Xi Beta.” - Karin Tanabe, author of THE GILDED YEARS

“Full of vivid period detail and vibrant characters that readers will be rooting for, SECRET SISTERS is a loving testament to the power of sisterhood and to what is possible when women support and champion one another.” - Alyssa Palombo, author of THE MOST BEAUTIFUL WOMAN IN FLORENCE

“Secret Sisters is a fascinating historical novel about one young woman’s effort to establish the first women’s fraternity at her college in 1881, while also trying to penetrate male dominated physicians’ program where she is the only female student. Beth Carrington’s crusade for equality is as à propos for these times as it was more than a century ago. You can’t help but root for this sharp-witted, courageous heroine to stake her claim in a world in which she knows she deserves to be.”  - Joanna Goodman, author of THE FINISHING SCHOOL

“Joy Callaway’s second novel is a galvanizing, insightful read based on the founding of America’s first sorority. With a believable and winsome heroine, Callaway achieves the perfect balance between rich historical detail and themes that are modern and fresh. Smart and satisfying, Secret Sisters drives home the importance of fighting for your beliefs, widening your mindset, and finding your tribe.” - Michelle Gable, New York Times bestselling author of A PARIS APARTMENT and THE BOOK OF SUMMER

“A shining example of the power of persistent women united in their aim to reshape history. Secret Sisters is a celebration of those who dared to challenge convention at the risk of expulsion, rejection, and personal loss. Callaway has done a beautiful job bringing to light this little-known story of America’s first women’s fraternity and so much more.” - Sarah McCoy, New York Times bestselling author of THE BAKER’S DAUGHTER and THE MAPMAKER’S CHILDREN 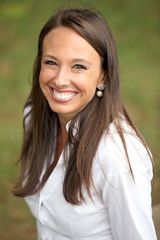 Joy Callaway lives in Charlotte, North Carolina, with her family. The Fifth Avenue Artists Society is her first novel.

Other Works by Joy Callaway