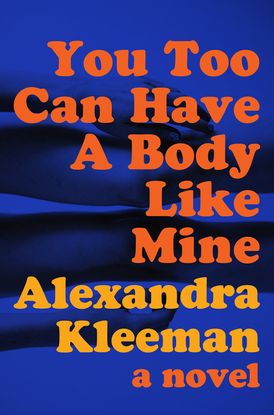 An intelligent and madly entertaining debut novel reminiscent of The Crying of Lot 49, White Noise, and City of Glass that is at once a missing-person mystery, an exorcism of modern culture, and a wholly singular vision of contemporary womanhood from a terrifying and often funny voice of a new generation.

A woman known only by the letter A lives in an unnamed American city with her roommate, B, and boyfriend, C, who wants her to join him on a reality show called That’s My Partner! A eats (or doesn’t) the right things, watches endless amounts of television, often just for the commercials—particularly the recurring cartoon escapades of Kandy Kat, the mascot for an entirely chemical dessert—and models herself on a standard of beauty that only exists in such advertising. She fixates on the fifteen minutes of fame a news-celebrity named Michael has earned after buying up his local Wally Supermarket’s entire, and increasingly ample, supply of veal.

Meanwhile B is attempting to make herself a twin of A, who hungers for something to give meaning to her life, something aside from C’s pornography addiction, and becomes indoctrinated by a new religion spread throughout a web of corporate franchises, which moves her closer to the decoys that populate her television world, but no closer to her true nature.

“The smartest, strangest novel I’ve read in a while.” - Paris Review, Staff Pick

“This debut novel by future superstar Alexandra Kleeman will be the thing to be seen reading this summer. Pick it up if you want to up your summer cool factor . . . . .Very funny, perfectly weird, a hyperintelligent commentary on a culture obsessed with you and fame.” - Vanity Fair

“A clever satire of our culture’s ever intensifying obsession with health, diet, and body image.” - Los Angeles Magazine

“You Too Can Have a Body Like Mine is a powerful allegory of our civilization’s many maladies, artfully and elegantly articulated, by one of the young wise women of our generation.” - New York Times Book Review

“The symbols of modern anomie in this novel are familiar (soulless supermarkets, insane mass entertainments, etc.), but Ms. Kleeman has a singular, off-kilter style, and a distinct vision of the absurd horrors that can come with being trapped in a body.” - New York Times

“Kleeman’s debut novel is a fever dream of modern alienation. . . . not really like any other, but could be described as a blend of the nightmarish disassociation of DeLillo’s White Noise and the phantasmagoria of Bergman’s Persona. A challenging novel, but undoubtedly one with something to say.” - Publishers Weekly (starred review)

“Excellent . . . Sprinkled with detailed summaries of invented advertisements, the book describes a consumer landscape just on the far side of plausible. You Too Can Have a Body Like Mine is a story about realizing you’re hungry and trying to find out what for.” - Slate

“Her darkly satirical debut lays bare the ravages of advertising-fueled culture and consumerism, through a purposefully distorted version of our reality. Fans of DeLillo, Pynchon and Shteyngart are advised to take note.” - Huffington Post

“This is not a breezy summer read, but it’s cerebral, sharp, funny - and worth the ride.” - New York Post

“Kleeman plays with an idea of empathy so extreme that it collapses on itself: What if there is no essential difference between humans worth bridging? The result might be an insatiable hunger for something that reminds us of our distinctness.” - The Atlantic

“Alexandra Kleeman’s brilliant debut novel You Too Can Have A Body Like Mine is at once eerie and strange and beautiful, an incisive commentary on contemporary culture and womanhood.” - Buzzfeed

“Don’t be fooled by the sassy title-the cravings that lurk beneath the surface in this completely original debut will haunt what a body means to you indefinitely.” - Marie Claire

“A satirical and searing critique of modern-day womanhood.” - Chicago Tribune

“Kleeman is, clearly, writing in a postmodernist mode. Her ambition is huge, and, at the level of the sentence, she’s amazing.” - Kirkus Reviews

“At once eerie and strange and beautiful, Alexandra Kleeman’s brilliant debut novel You Too Can Have a Body Like Mine immediately distinguishes itself with its originality and unique voice.” - Buzzfeed

“Absurdist observations evoke masters like DeLillo and Pynchon, as well as the “hysterical realism” of Ben Marcus and Tom Perrotta, bringing a refreshingly feminist frame to the postmodern conversation. While ambitious in scope and structure, sharp humor and brisk storytelling ground the existential angst in Kleeman’s page-turning, entertaining performance.” - Booklist

“Alexandra Kleeman’s debut novel is brilliant, incisive, and exactly how to send off summer with a bang. Written masterfully, You Too Can Have a Body Like Mine is a biting cultural indictment on what we see, think, do, and eat — especially while being a woman.” - Bustle

“Writing in the same tradition as writers like DeLillo and Pynchon, writers who can take the world and shift it so that it to reveal all of its innate strangeness, Kleeman has crafted a darkly funny and deep cutting novel.” - AskMen.com

“My strong preference would be to eat this book and be reconstituted by its intelligence. But with deep gratitude still I will settle for just getting to read this ingenious novel which has eaten up our whole culture…and transubstantiated it into wry, brilliant, undeniable literary truth.” - Rivka Galchen

“Alexandra Kleeman is one of the sharpest and smartest young writers I’ve read - ambitious, promising, brilliant. She can be strange and very funny as well, and when I read her work I have the strong suspicion that I’m reading the literature of the future.” - Ben Marcus

“Captivating and full of gorgeous perversity, the insights and wit of You Too Can Have a Body Like Mine dissolved almost everything I thought I knew about being a body.” - Catherine Lacey

“As incisive about our dark cultural obsessions as she is compassionate towards the individuals who fall prey to them, Alexandra Kleeman is a terrifying and elegant talent you will not soon forget.” - Kathleen Alcott

“A brilliant and strange portrait of dystopian consumption--of food, television, and one another--YTCHABLM would be purely unsettling if it weren’t also so gorgeously written and funny. Thankfully, we too can have a mind like Alexandra Kleeman’s, or the simulacrum of it, through this stupendous debut.” - Teddy Wayne

“Eerie and resonant, Alexandra Kleeman’s riveting novel grapples with the essential creepiness of living in human skin. Like watching a body horror film, the experience of reading this book disassembles the familiar and makes everything new and strange. You might never eat another orange.” - Emily Gould

“We live in a reality so sick and absurd already that satire has a hard time one-upping it, but Kleeman has done so in a way that is at once moving, haunting, hilarious, and surpassingly strange. It’s a novel about starvation that I read with voracious hunger.” - Benjamin Hale, author of The Evolution of Bruno Littlemore 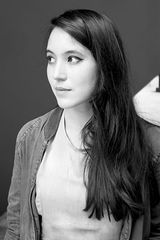 Alexandra Kleeman is a NYC-based writer of fiction and nonfiction, and a PhD candidate in Rhetoric at UC Berkeley. Her fiction has been published in The New Yorker, The Paris Review, Zoetrope: All-Story, Conjunctions, Guernica, and Gulf Coast, among others. Nonfiction essays and reportage have appeared in Harpers, Tin House, n+1, and The Guardian.

Other Works by Alexandra Kleeman