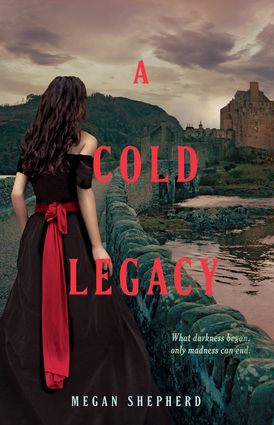 With inspiration from Mary Shelley's Frankenstein—and perfect for fans of Libba Bray—this breathless conclusion to the Madman's Daughter trilogy explores the things we'll sacrifice to save those we love…even our own humanity.

After killing the men who tried to steal her father's research, Juliet and her friends have escaped to a remote estate on the Scottish moors. Owned by the enigmatic Elizabeth von Stein, the mansion is full of mysteries and unexplained oddities: dead bodies in the basement, secret passages, and fortune tellers who seem to know Juliet's secrets. Though it appears to be a safe haven, Juliet fears new dangers may be present within the manor's walls.

Then Juliet uncovers the truth about the manor's long history of scientific experimentation—and her own intended role in it—forcing her to determine where the line falls between right and wrong, life and death, magic and science, and promises and secrets. And she must decide if she'll follow her father's dark footsteps or her mother's tragic ones, or whether she'll make her own.

“Fast-paced and romantic, this page-turning volume [is] . . . a satisfactory ending to the trilogy.” - School Library Journal (starred review)

Praise for HER DARK CURIOSITY: “Unexpected twists and a cliffhanger ending that should leave [readers] craving more.” - Publishers Weekly

Praise for THE MADMAN’S DAUGHTER: “The fast-paced book is rife with excitement, romance, and intrigue.” - School Library Journal (starred review)

Praise for THE MADMAN’S DAUGHTER: “A deft twist on a familiar classic, THE MADMAN’S DAUGHTER has the best of everything: beautiful writing, breakneck pacing, a pulse-pounding mystery, and an irresistible romance.” - Carrie Ryan, New York Times bestselling author of The Forest of Hands and Teeth series 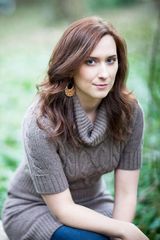 Megan Shepherd grew up in her family’s independent bookstore in the Blue Ridge Mountains. The travel bug took her from London to Timbuktu and many places in between, though she ended up back in North Carolina with her husband, two cats, and a scruffy dog, and she wouldn’t want to live anywhere else. She is the author of the Madman’s Daughter and Cage trilogies. Visit her online at www.meganshepherd.com.

Other Works by Megan Shepherd 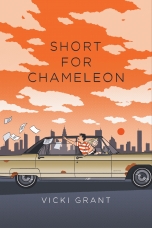