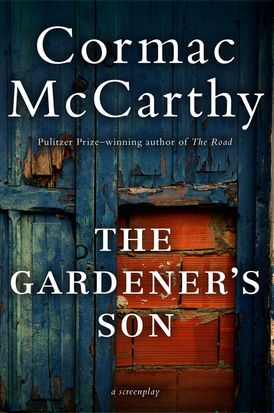 The screenplay for McCarthy's classic film, bearing in full measure his gift—the ability to fit complex and universal emotions into ordinary lives and still preserve all of their power and significance

In the spring of 1975 the film director Richard Pearce approached Cormac McCarthy with a screenplay idea. Though already a widely acclaimed novelist, the author of such modern classics as The Orchard Keeper and Child of God, McCarthy had never before written a screenplay. Using a few photographs in the footnotes to a 1928 biography of a famous pre–Civil War industrialist as inspiration, McCarthy and Pearce roamed the mill towns of the South researching their subject. A year later McCarthy finished The Gardener's Son, a taut, riveting drama of impotence, rage, and violence spanning two generations of mill owners and workers, fathers and sons, during the rise and fall of one of America's most bizarre utopian industrial experiments. Produced as a two-hour film and broadcast on PBS in 1976, The Gardener's Son received two Emmy Award nominations and was shown at the Berlin and Edinburgh Film Festivals.

Set in Graniteville, South Carolina, The Gardener's Son is the tale of two families: the wealthy Greggs, who own and operate the local cotton mill, and the McEvoys, a family of mill workers beset by misfortune. The action opens as Robert McEvoy, a young mill worker, is having his leg amputated after an accident rumored to have been caused by James Gregg, the son of the mill's founder. Crippled and consumed by bitterness, McEvoy deserts both his job and his family.

Returning two years later at the news of his mother's terminal illness, McEvoy arrives only to confront the grave diggers preparing her final resting place. His father, the mill's gardener, is now working on the factory line, the gardens forgotten. These proceedings stoke the slow-burning rage McEvoy carries within him, a fury that will ultimately consume both families. 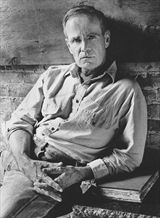 Other Works by Cormac McCarthy