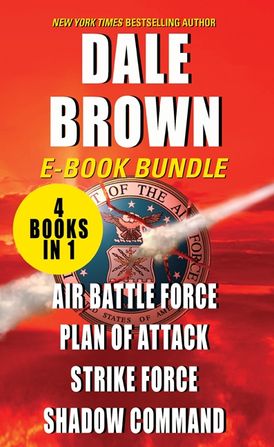 Plan of Attack—The fight for the future must take place in the blazing skies, a battlefield off-limits to General Patrick McLanahan, the discredited former commander of Air Battle Force… unless McLanahan takes matters into his own hands.

Strike Force—When a military coup in Iran leads to a crackdown on religious jihadists, it looks like a new era is born in the Middle East… but soon Iran unveils its hidden military might and invades northern Iraq, leaving the US completely off-guard. Only hero Patrick McLanahan and his high-tech team are prepared for the challenge.

Shadow Command—What if the most high-tech unit in the U.S. military rebelled against Washington? The future becomes a terrifying reality in Shadow Command.