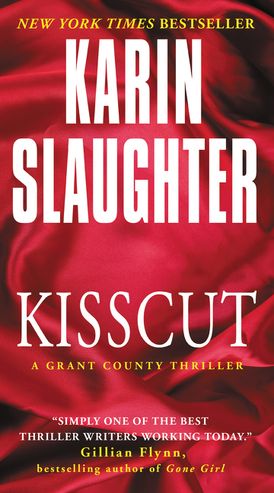 Saturday night dates at the skating rink have long been a tradition in the small southern town of Heartsdale, but when a teenage quarrel explodes into a deadly shoot-out, medical examiner Sara Linton and police chief Jeffrey Tolliver find themselves entangled in a terrible tragedy.

Then a young girl is abducted, and it becomes clear that the first death is linked to an even more brutal crime, one more shocking than anyone could have imagined. Meanwhile, Detective Lena Adams, recovering from a staggering personal loss, finds herself drawn to a young man who might hold the answers. But unless Lena, Sara, and Jeffrey can uncover the dark truth, someone will die again.

Mercilessly suspenseful, utterly moving, this is a searing thriller from one of the world's most talented suspense writers.

“A fast–paced thriller for those not faint of heart.” - Library Journal

Karin Slaughter is one of the world’s most popular and acclaimed storytellers. Published in 120 countries with more than 35 million copies sold across the globe, her twenty-one novels include the Grant County and Will Trent books, as well as the Edgar-nominated Cop Town and the instant New York Times bestselling stand-alone novels Pretty Girls, The Good Daughter, and Pieces of Her. Slaughter is the founder of the Save the Libraries project—a nonprofit organization established to support libraries and library programming. A native of Georgia, she lives in Atlanta. Her standalone novel Pieces of Her is in production with Netflix, starring Toni Collette, and the Grant County and Will Trent series are in development for television.