The Lightness of Hands 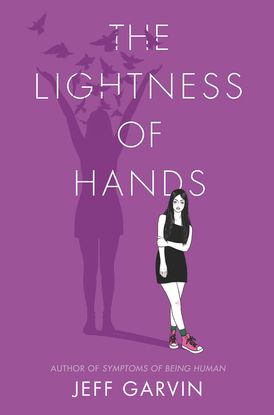 The Lightness of Hands

A quirky and heartfelt coming-of-age story about a teen girl with bipolar II who signs her failed magician father up to perform his legendary but failed illusion on live TV in order to make enough money to pay for the medications they need—from the author of Symptoms of Being Human. Perfect for fans of Adi Alsaid, David Arnold, and Arvin Ahmadi.

Sixteen-year-old Ellie Dante is desperate for something in her life to finally go right. Her father was a famous stage magician until he attempted an epic illusion on live TV—and failed. Now Ellie lives with her dad in a beat-up RV, attending high school online and performing with him at birthday parties and bars across the Midwest to make ends meet.

But when the gigs dry up, their insurance lapses, leaving Dad’s heart condition unchecked and forcing Ellie to battle her bipolar II disorder without medication.

Then Ellie receives a call from a famous magic duo, who offer fifteen thousand dollars and a shot at redemption: they want her father to perform the illusion that wrecked his career—on their live TV special, which shoots in Los Angeles in ten days.

Ellie knows her dad will refuse—but she takes the deal anyway, then lies to persuade him to head west. With the help of her online-only best friend and an unusual guy she teams up with along the way, Ellie makes a plan to stage his comeback. But when her lie is exposed, she’ll have to confront her illness and her choices head-on to save her father—and herself.

“An important, moving portrayal of the way mental illness affects the life of a teenage girl; a worthy addition to any library.”  — School Library Journal (starred review)

“An #OwnVoices story about identity in the face of a mental illness, honesty to self and others, and delayed grief, that takes readers on both a literal and internal journey.” — ALA Booklist

“Garvin uses his knowledge of magic and personal experience with bipolarism to add insight to this dramatic story as he skillfully evokes the traveling performers’ gritty lifestyle and the enticement of illusion.”  — Publishers Weekly

“In The Lightness of Hands, Jeff Garvin has created magic—but it’s no sleight-of-hand. This book is a gripping, moving, heart-filled triumph. You’ll want to give it a standing ovation.” — Jeff Zentner, Morris Award–winning author of The Serpent King and Goodbye Days

“Equal parts caper, road trip, heartbreak, and coming-of-age, The Lightness of Hands is a knockout of a book. Readers will root for Ellie and her magical story until the very last page.” — Kathleen Glasgow, New York Times bestselling author of Girl in Pieces

“In this heartbreaking novel about a girl coming-of-age under the most difficult of circumstances, Jeff Garvin pulls off the ultimate magic trick: an impossible-to-put-down, moving story of survival and love.” — Julie Buxbaum, New York Times bestselling author of Tell Me Three Things and Hope and Other Punchlines 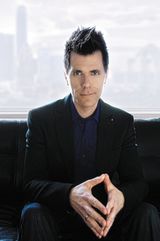 Before becoming a writer, Jeff Garvin acted in films and TV and was the front man of a nationally touring rock band. He is the author of Symptoms of Being Human, which was a Lambda Literary Award finalist and was also named one of the YALSA Top Ten Quick Picks for Reluctant Young Adult Readers, was an ALA Best Fiction for Young Adults selection, and was on the 2017 Rainbow Book List, and The Lightness of Hands. Jeff lives in Southern California, surrounded by adorable, shedding beasts.

Other Works by Jeff Garvin

Symptoms of Being Human