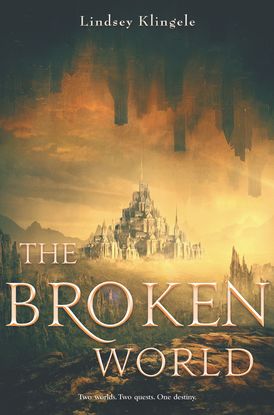 An exciting sequel to The Marked Girl, filled with fantastical adventure and a quest to save two worlds.

In the fantasy world of Caelum, Liv, Cedric, and Kat attempt to defeat an evil traitor and his army to save their families and the kingdom. Meanwhile, Liv’s best friend and Cedric’s frenemy stick in LA to try and figure out how to fix Los Angeles.

The city, thanks to the open portals between LA and Caelum, is breaking down: the sky is orange, gravity isn’t working right, and earthquakes shake the ground every few hours.

When the crew reunites in LA, it’s a race against time to restore the balance of magic between the two worlds.

The adventure that started in Lindsey Klingele’s The Marked Girl concludes in The Broken World!

“Will appeal strongly to many fans of urban fantasy....This will be a satisfying addition to most high school libraries.” - Voice of Youth Advocates (VOYA)

“The Broken World is an easy-to-read novel with an exciting plot.” - Lucero Rios, Teen Reviewer, VOYA 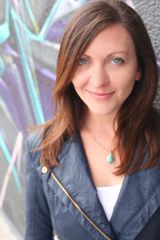 Lindsey Klingele, author of The Marked Girl and its sequel, The Broken World, as well as The Truth Lies Here, was raised in Michigan and now lives in Los Angeles. She has worked in television, in addition to writing YA novels. You can visit her online at www.lindseyklingele.com.

Other Works by Lindsey Klingele