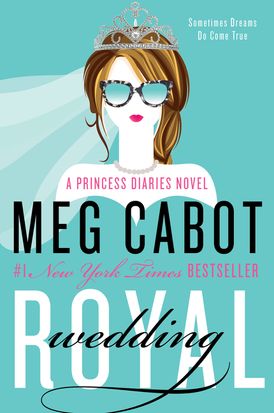 From the #1 New York Times bestselling author of the Princess Diaries series, comes the very first adult installment, which follows Princess Mia and her Prince Charming as they plan their fairy tale wedding—but a few poisoned apples could turn this happily-ever-after into a royal nightmare.

For Princess Mia, the past five years since college graduation have been a whirlwind of activity, what with living in New York City, running her new teen community center, being madly in love, and attending royal engagements. And speaking of engagements. Mia’s gorgeous longtime boyfriend Michael managed to clear both their schedules just long enough for an exotic (and very private) Caribbean island interlude where he popped the question! Of course Mia didn’t need to consult her diary to know that her answer was a royal oui.

But now Mia has a scandal of majestic proportions to contend with: Her grandmother’s leaked “fake” wedding plans to the press that could cause even normally calm Michael to become a runaway groom. Worse, a scheming politico is trying to force Mia’s father from the throne, all because of a royal secret that could leave Genovia without a monarch.  Can Mia prove to everyone—especially herself—that she’s not only ready to wed, but ready to rule as well?

“a whirlwind of jaw-dropping, hilarious, and occasionally touching events. Original fans of the series, now adults themselves, will be thrilled with this, but it will be enjoyable for those on either side of Cabot’s extensive fan base.” - Booklist

“Cabot has a knack for hilarious dialogue and zany characters, but she also creates a story that’s full of heart. Fans who grew up with Mia will relish this opportunity to spend more time in her world. This funny, heartwarming story is royally perfect from start to finish.” - Kirkus Reviews (starred review) 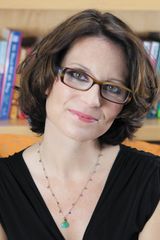 Meg Cabot’s many books for both adults and tweens/teens have included multiple global and #1 New York Times bestsellers, selling over twenty-five million copies worldwide. Her Princess Diaries series has been published in more than 38 countries and was made into several hit films by Disney. Meg is still waiting for her real parents, the king and queen, to restore her to her rightful throne. She currently lives in Key West, FL, with her husband and various cats.

Other Works by Meg Cabot

The Princess Diaries, Volume VIII: Princess on the Brink

The Boy Next Door