Here's Much to Do with Pain, but More with Love 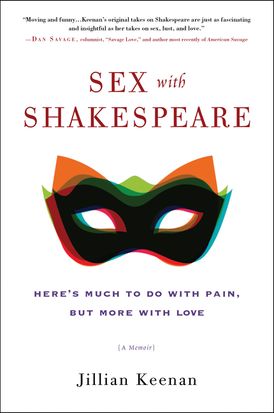 Here's Much to Do with Pain, but More with Love

When it came to understanding love, a teenage Jillian Keenan had nothing to guide her—until a production of The Tempest sent Shakespeare’s language flowing through her blood for the first time. In Sex with Shakespeare, she tells the story of how the Bard’s plays helped her embrace her unusual sexual identity and find a love story of her own.

Four hundred years after Shakespeare’s death, Keenan’s smart and passionate memoir brings new life to his work. With fourteen of his plays as a springboard, she explores the many facets of love and sexuality—from desire and communication to fetish and fantasy. In A Midsummer Night’s Dream, Keenan unmasks Helena as a sexual masochist—like Jillian herself. In Macbeth, she examines criminalized sexual identities and the dark side of “privacy.” The Taming of the Shrew goes inside the secret world of bondage, domination, and sadomasochism, while King Lear exposes the ill-fated king as a possible sexual predator. Moving through the canon, Keenan makes it abundantly clear that literature is a conversation. In Sex with Shakespeare, words are love.

As Keenan wanders the world in search of connection, from desert dictatorships to urban islands to disputed territories, Shakespeare goes with her —and provokes complex, surprising, and wildly important conversations about sexuality, consent, and the secrets that simmer beneath our surfaces.

“An English major’s dream!…You may have studied Shakespeare in high school, but it’s almost guaranteed that your literary analysis wasn’t anything like this…The connection to Shakespeare is a fascinating foil for Keenan’s life…[Her] writing is clear, relatable, and steady, even when conveying painful events in her past.” — Library Journal (starred review)

“Visceral, funny, and perceptive, this startling and very personal take on Shakespeare is genuinely revealing—not only about the author, but even more about the plays. Keenan notices and responds to things that criticism on the whole ignores. An enjoyable and impressive book.” — Stephen Orgel, Ph.D., Jackson Eli Reynolds Professor in Humanities at Stanford University and author of Imagining Shakespeare

“Moving and funny…Keenan’s original takes on Shakespeare are just as fascinating and insightful as her takes on sex, lust, and love. Fans (kinky or not) of Shakespeare will love reading this book, and anyone directing Shakespeare should be required to read it.” — Dan Savage, columnist, “Savage Love,” and author most recently of American Savage

“Explicit and often harrowing…Keenan writes, she says, so others like her will not have to feel alone…By demonstrating the elasticity with which sexual undertones in Shakespeare can be read, she makes a case for a more expansive definition of sexual identity.” — Booklist

“Keenan’s excellent writing and humor make this a book enjoyable for fetishists and vanillas alike— especially if you like Shakespeare… A powerful tool in the growing arsenal of identity acceptance…This is an important book to have been written and to be read.” — AVclub.com

“Keenan’s intimate conversations with Shakespeare offer new and often startling insights into his plays. They are also deeply moving, and deeply courageous, challenging us to rethink sexuality in fundamental ways.” — Ania Loomba, Ph.D., Catherine Bryson Professor of English, University of Pennsylvania, and author of Shakespeare, Race, and Colonialism

“Keenan serves up a smart, sexy cocktail of a memoir that is one part spanking fetish, another part Shakespeare, and goes down like a dirty martini that leaves the reader both shaken and stirred.” — Ian Kerner, Ph.D., author of She Comes First

“A raunchy memoir revealing a visceral connection to the Bard.” — Kirkus Reviews

“Jillian Keenan reveals how the revered playwright helped her come to terms with her sexual identity. Full of humor, her memoir explores the lessons she learned from the Bard, ranging from fetish to communication to love.” — Bustle.com

“Shakespeare may seem like an unusual focus for a memoir about kink and sexual identity, but those who’ve really read his plays know they’re full to the brim with raunch and innuendo…So Sex with Shakespeare makes perfect sense.” — Daily News

“Honest as a diary, provocative as a dirty magazine…Keenan relates her struggles seamlessly to the ones faced by some of the Bard’s most famous characters. This book is her journey to self-acceptance.” — Quartz.com

“Funny and insightful…In Keenan’s treatment of Shakespeare’s plays, they become instruments of self-knowledge… By juxtaposing the plays and kink, Keenan frames sexual behaviour as performance— a performance that can be as much about language as about the body.” — National Post (Canada)

“A true Shakespeare lover and connoisseur… [Keenan] interweaves her own personal experiences with plot lines from the Bard’s works, creatively building tension and intrigue… Her perspective is provocative and fascinating.” — Bustle.com

“If you: have ever been either bewitched or bewildered by Shakespeare’s work…or are merely curious about sexuality; or enjoy personal essay as well as magical realism and literary criticism, then Jillian Keenan’s Sex with Shakespeare is for you… a memoir that cannot be described with that label alone.” — Refinery 29

“Keenan is at her most confident. Her prose soars with a clarity of vision and purpose… Keenan writes a story of language and lust, and the pain of trying to get to that thing you want but you can’t quite put into words.” — The New Republic

“You’ll laugh, you’ll blush, and you’ll never see Shakespeare quite the same way again—and we’re pretty sure you’ll also fall in love with Keenan’s candor and wit…this is the perfect way to celebrate the 400th anniversary of the Bard’s death.” — Bookish

“If ever there was an ideal spanking ambassador for the kink-curious mainstream, it’s Keenan… Writing publicly about something that most people don’t dare to acknowledge even privately… is difficult and generous… What shines through is the story of a young woman looking to be made whole by love.” — New York Times

“A rollicking memoir…[including] daring readings of Shakespeare, a lot of kink, and many, many laugh-out-loud funny moments…But along the way, Keenan also talks about more somber topics—including, centrally, child abuse…a highly charged issue, and one that Keenan is passionate about.” — The Establishment

“Jillian Keenan’s two obsessions: spanking and Shakespeare. You may think those two don’t go together, but Keenan weaves them together to bring us a story about discovering your truest desires and what happens when you try to hide them.” — Popsugar.com 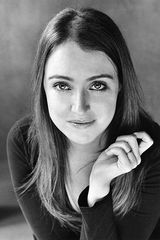 Other Works by Jillian Keenan