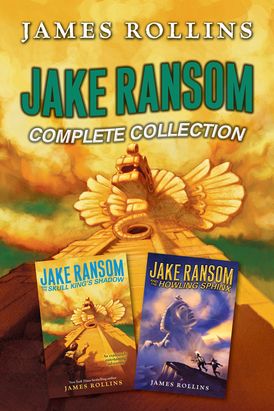 Bestselling novelist James Rollins brings to life the adventures of Jake Ransom, who became an orphan when his archaeologist parents disappeared on a dig three years ago. They left behind tokens—half of an ancient coin for Jake, and the other half for his sister Kady—that fit perfectly into one of their famous discoveries. When everything falls into place, Jake and Kady find themselves in the mysterious, bizarre world of Pangea—home of vicious raptors, bloodthirsty plants, and dark Mayan and Egyptian rituals. And whatever caught their parents is still hungry.